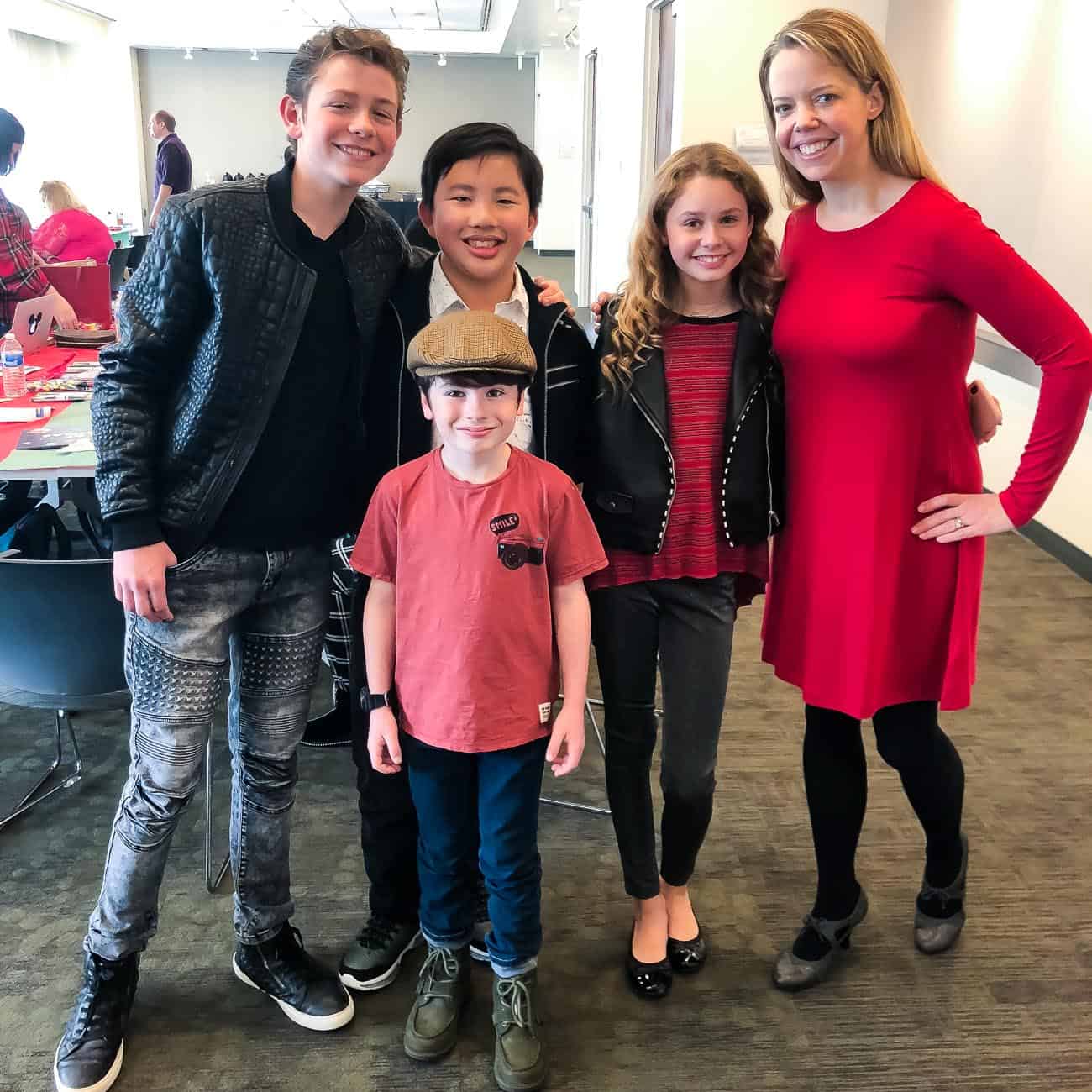 You know what's pretty amazing about working as a blogger? Just about everything I'm invited to is fun. Example: I took a trip to attend the Mary Poppins Returns premiere. While I was there, I was invited to screen the holiday episode of Coop and Cami Ask the World for Disney Channel.

Not only did I watch the all new episode, “Would you Wrather Get a Moose Angry”, I got to sit down with Paxton Booth, Dakota Lotus, Ruby Rose Turner and Albert Tsai, stars of Coop and Cami Ask the World to talk about the show and some of their favorite things about the holidays.

On top of that, I also got to make a homemade Christmas ornament alongside Paxton Booth, who plays Ollie on Coop and Cami Ask the World and enter it into a little contest, which I won. 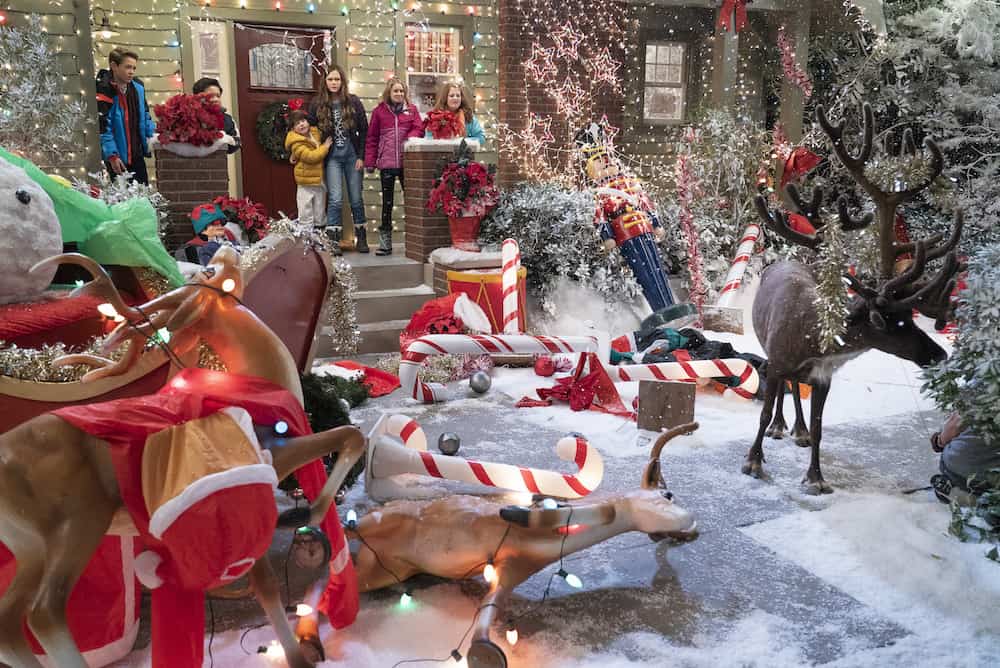 Coop and Cami Ask the World's special holiday episode, titled, “Would You Wrather Get a Moose Angry”, premieres Friday, December 7 on Disney Channel. It's also available on the DisneyNOW app.

The kids work together to try and make Jenna's wish of a classic Wrather Christmas come true, but a major snow storm and a disgruntled moose disrupt their Holiday plans.

When we sat down to talk to the stars of the show, the first thing they told us was their favorite part of the episode: the reindeer!

Albert Tsai explained that the trainer set up a little pen in one of the show's sets, and Paxton Booth said that they were able to pet it and take pictures with it. “He actually had fuzzy antlers!”

As we started talking more about the show, Dakota Lotus told us that Paxton Booth, who's eight years old, is like the test pilot of the group. “He does all the stunts on the show…he's the littlest one, but he also does all the stunts.” Ruby Rose Turner added, “He's the most serious stunt man.” 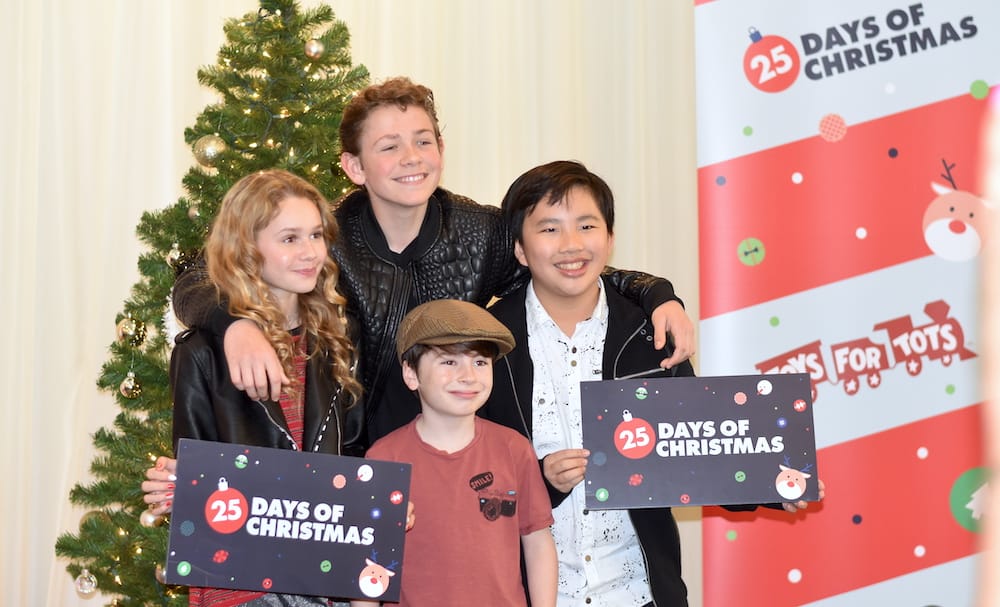 Paxton Booth went on to explain, “The very second episode, I jumped right into doing stunts. I've been in four of five harnesses now. Most of the stuff you see, where I've been in the air, that's me…It's so awesome.” Booth finished by saying, “I will accept any stunt.”

After a short interview with the cast, we moved on to a fun holiday activity: decorating Christmas tree ornaments! We had done rotating interviews with Twitch and Allison and Carter Oosterhousen and Sherry Yard, so the stars sat at various tables to decorate their own ornaments with us.

Paxton Booth sat at my table, and we got to know him a bit better while we did our decorating. I have to say, he was so, so, so polite. Every request came with a please and thank you. He asked smart questions and was incredibly articulate in his answers.

More than that, he worked hard. He told me his favorite color was hot pink and he wanted it to stand out in his ornament. He was precise with his design and proud of his creation! 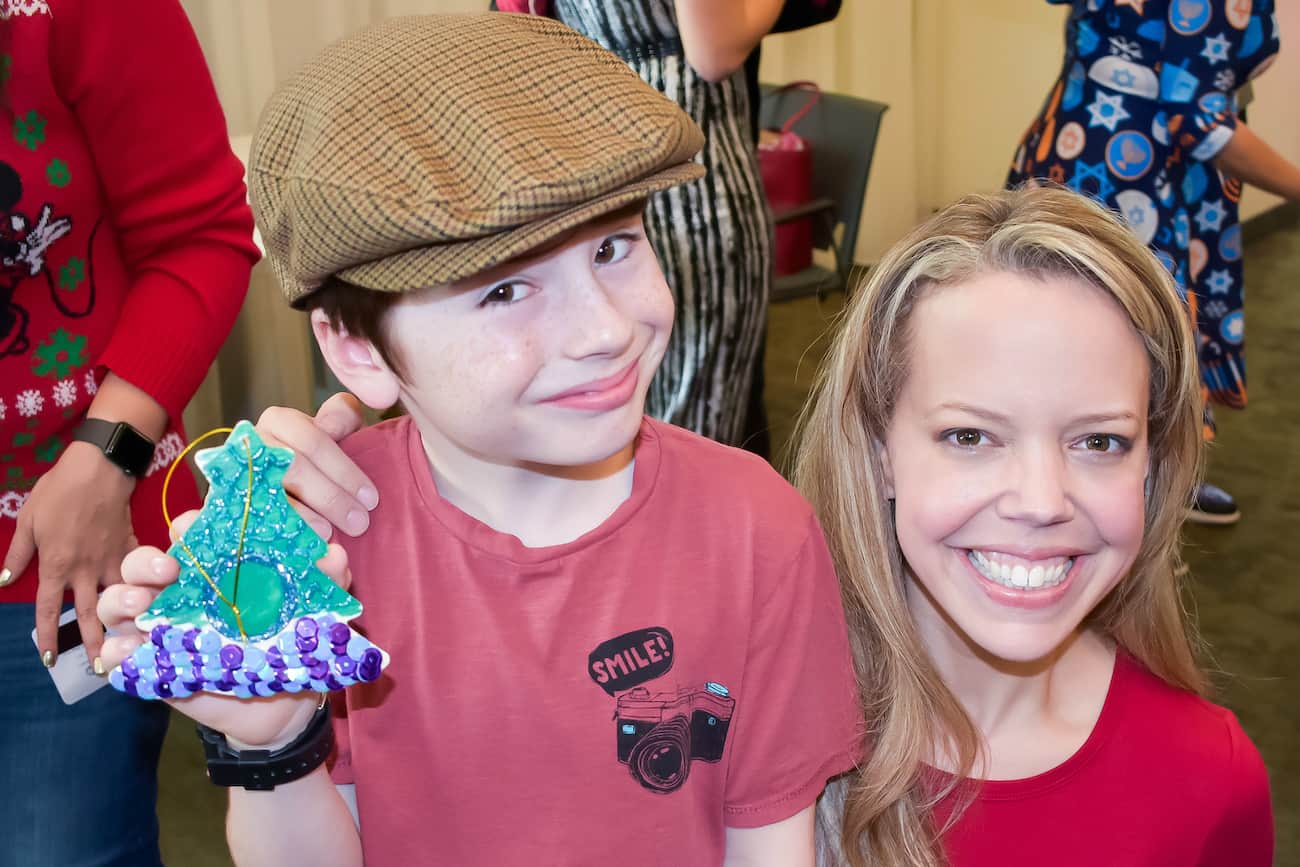 As we talked, I learned that he's about the same age as my daughter, Piper. We talked a little about things they both liked to do.

Honestly, I've met and interviewed enough child actors now to know that the rumors and stereotypes surrounding them just aren't true, because they're just kids. But I also have to say that Paxton Booth's sweetness and manners rivaled any of my own kids' friends, which is pretty incredible, considering the vastly different worlds they live in! 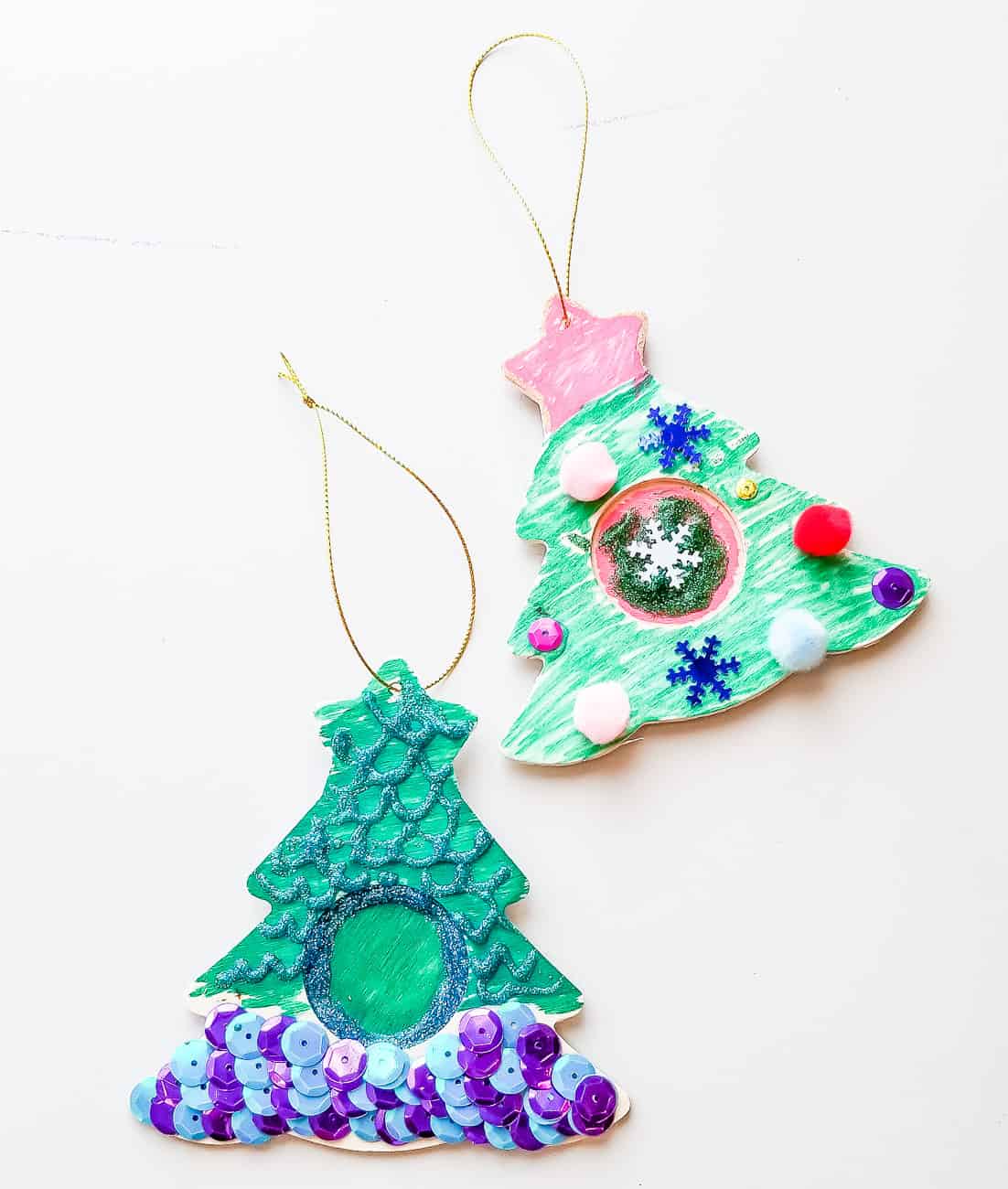 After we were done with our designs, we put them on a table and each person we interviewed got to choose a favorite.

Paxton was so excited to find me and tell me that he had chosen my mermaid Christmas ornament design as his winner. “You won! You won! Now I get to sign your ornament and give you mine!” He had everyone around us laughing, and I was just so happy because he was so happy! 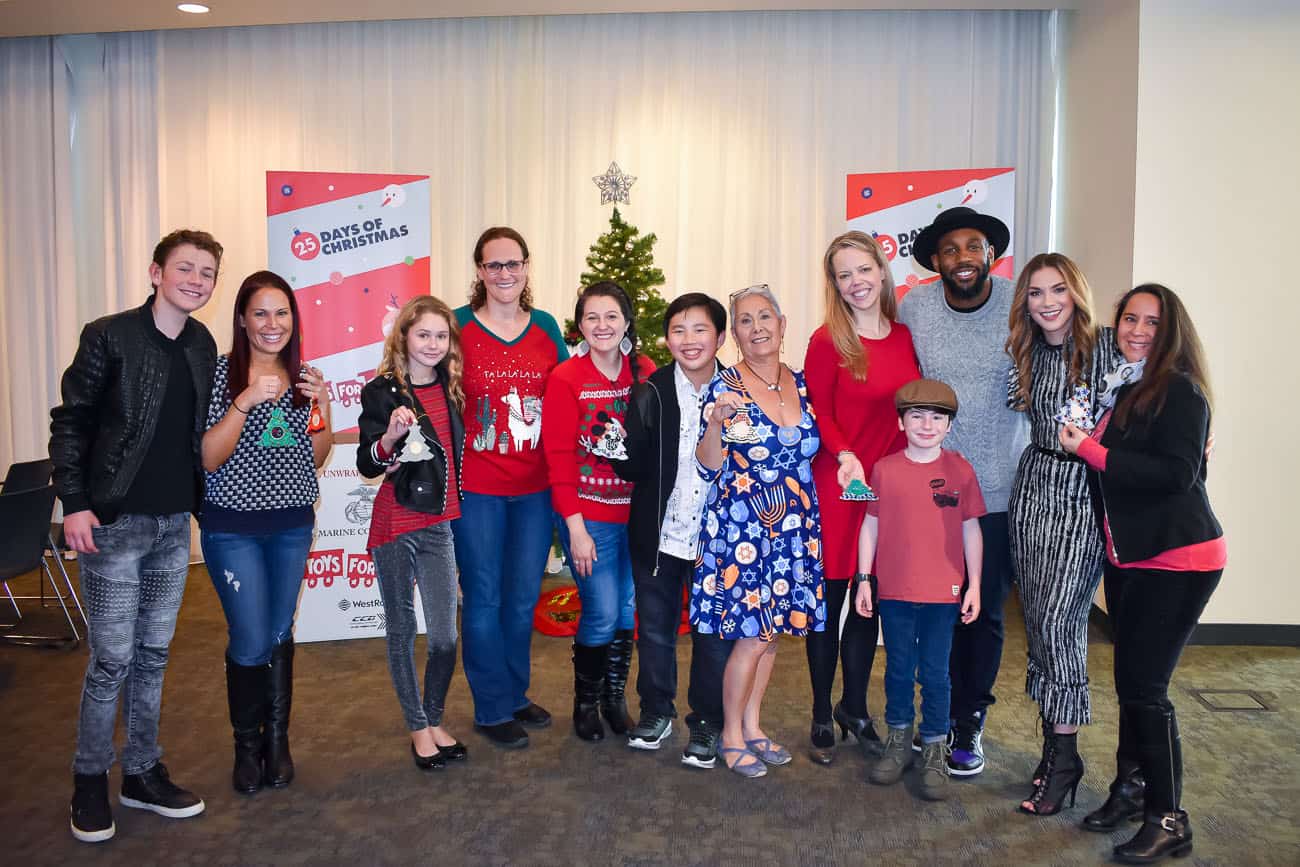 After taking a few pictures of our ornaments and then some with the cast of Coop and Cami Ask the World, it was time to wrap up the day.

Celebrating 25 Days of Christmas with Paxton Booth, Dakota Lotus, Ruby Rose Turner and Albert Tsai was a blast, and it's certainly a Christmas memory I won't forget!

Don't forget to watch Coop and Cami Ask the World‘s special holiday episode! “Would You Wrather Get a Moose Angry”, premieres Friday, December 7 on Disney Channel. It's also available on the DisneyNOW app.