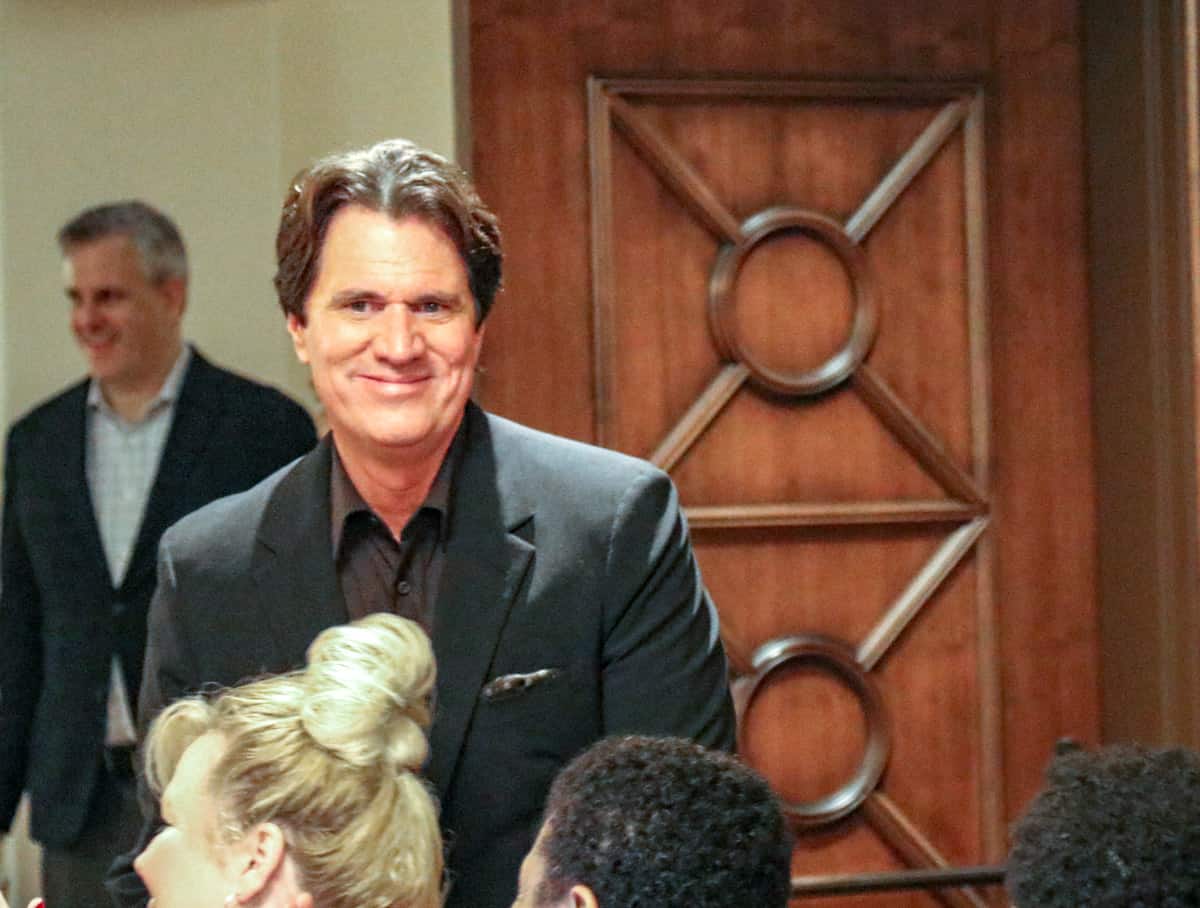 Rob Marshall is one of those people I’ve built up to be larger than life.

I live for musicals. In addition to my family, my dog and books, musicals are one of the main sources of pleasure in my life, and Rob Marshall is responsible for adapting some of the greatest musicals into films.

In doing that, he’s made them them accessible for just about everyone.

The latest in Rob Marshall’s long list of accomplishments (which include directing the film versions of Chicago, Nine and Into the Woods among other blockbusters, plus directing and/or choreographing many Broadway musicals), is as the director of Disney’s Mary Poppins Returns. 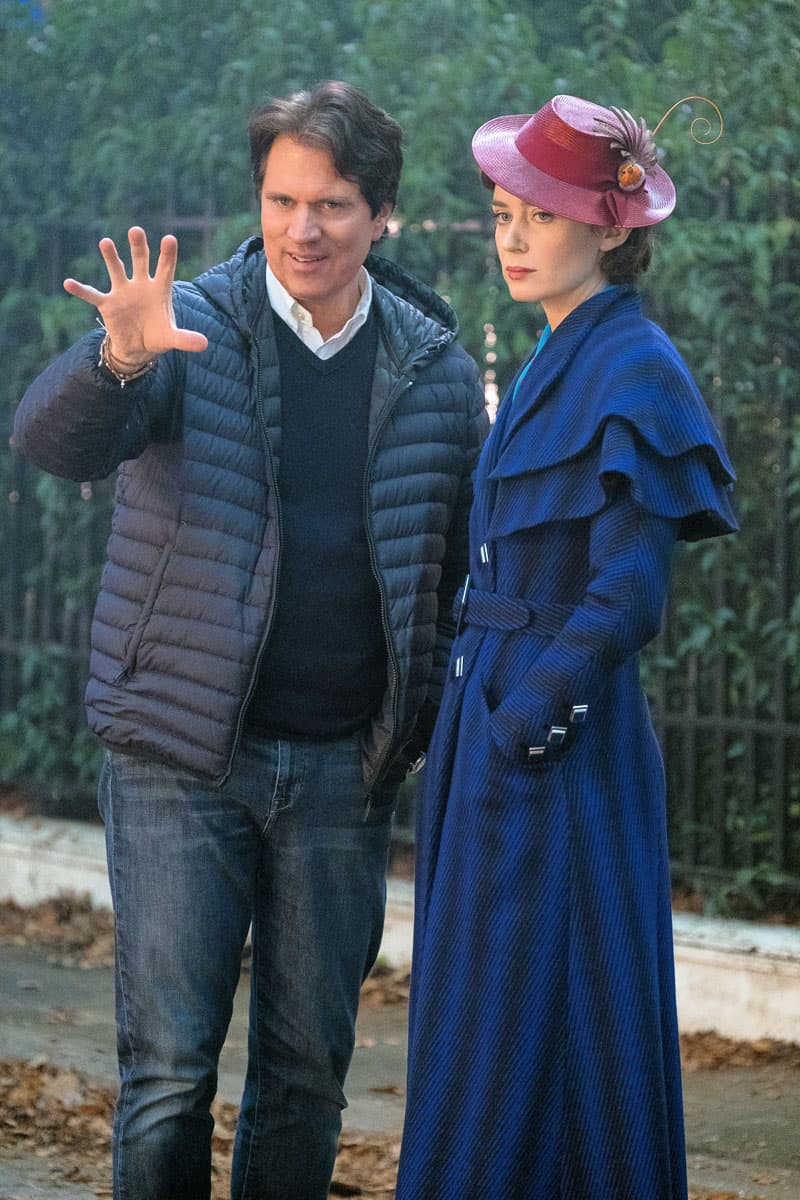 I had the incredible opportunity to sit down with Rob Marshall and talk about Mary Poppins Returns.

It was amazing to see his love for the movie and his passion for his craft just flow out of him, and I’m super excited to share it with all of you! 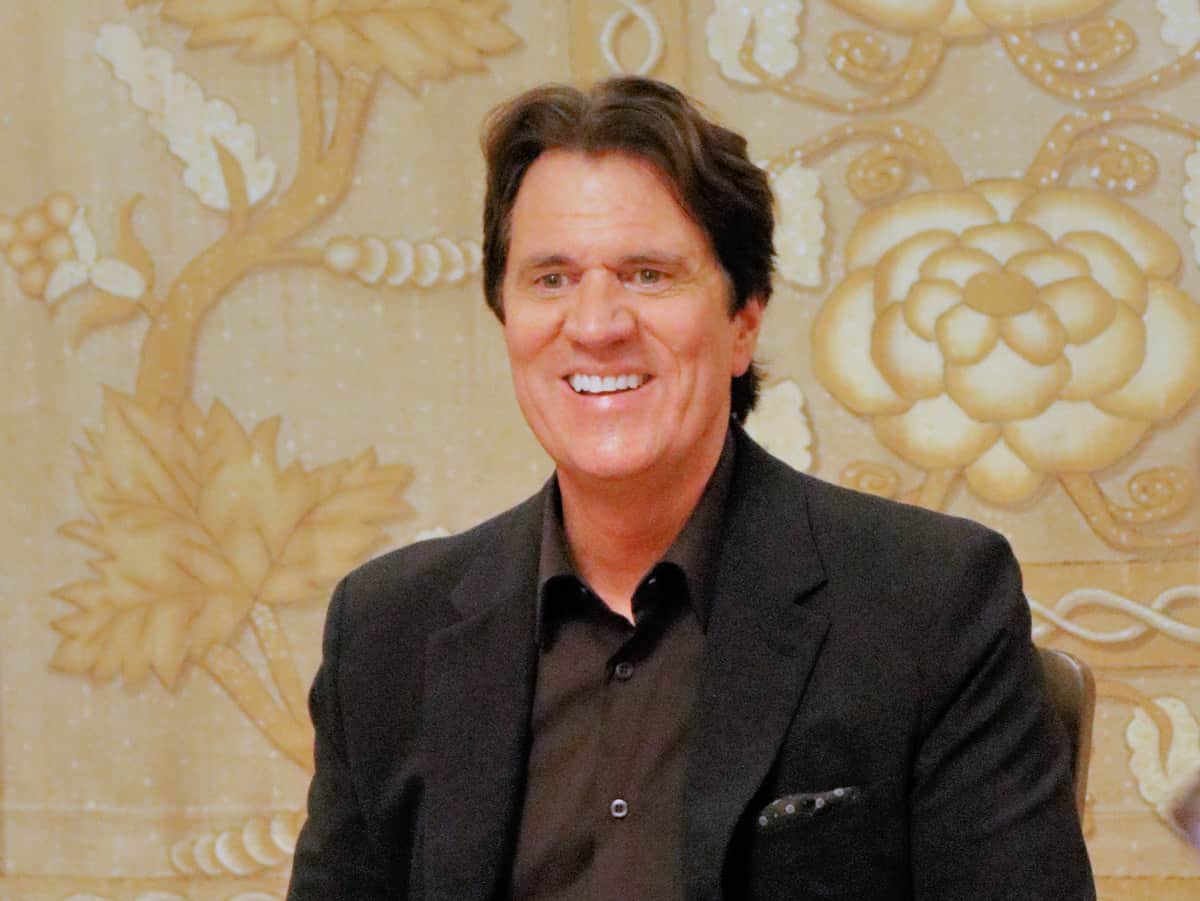 How do you convince your actors that everything is possible?

Rob Marshall: When I work with actors I really find they need to feel positive reinforcement and it’s such a simple thing to do. It’s like being a really good parent, and I try to achieve that when we’re working.

Ben Whishaw, who plays Michael Banks, he’s never sung before. he was sort of nervous, but I always feel that people can do so much. It’s just feeling that they can and knowing that they can.

I like to protect them in rehearsals–we had over 2 months of rehearsing. It’s during that time that you can fail and be bad and then learn and get better and not feel judged. That’s a really important thing.

I like to protect actors to make them feel they can do things and try things. everybody was so nervous on this film because we were following that extraordinary film that means so much to me and so much to so many people.

We were doing the impossible, but I honestly felt like if we did it together from the the right place with a great respect for the first film and found our own way at the same time then we would at least have done it the right way. 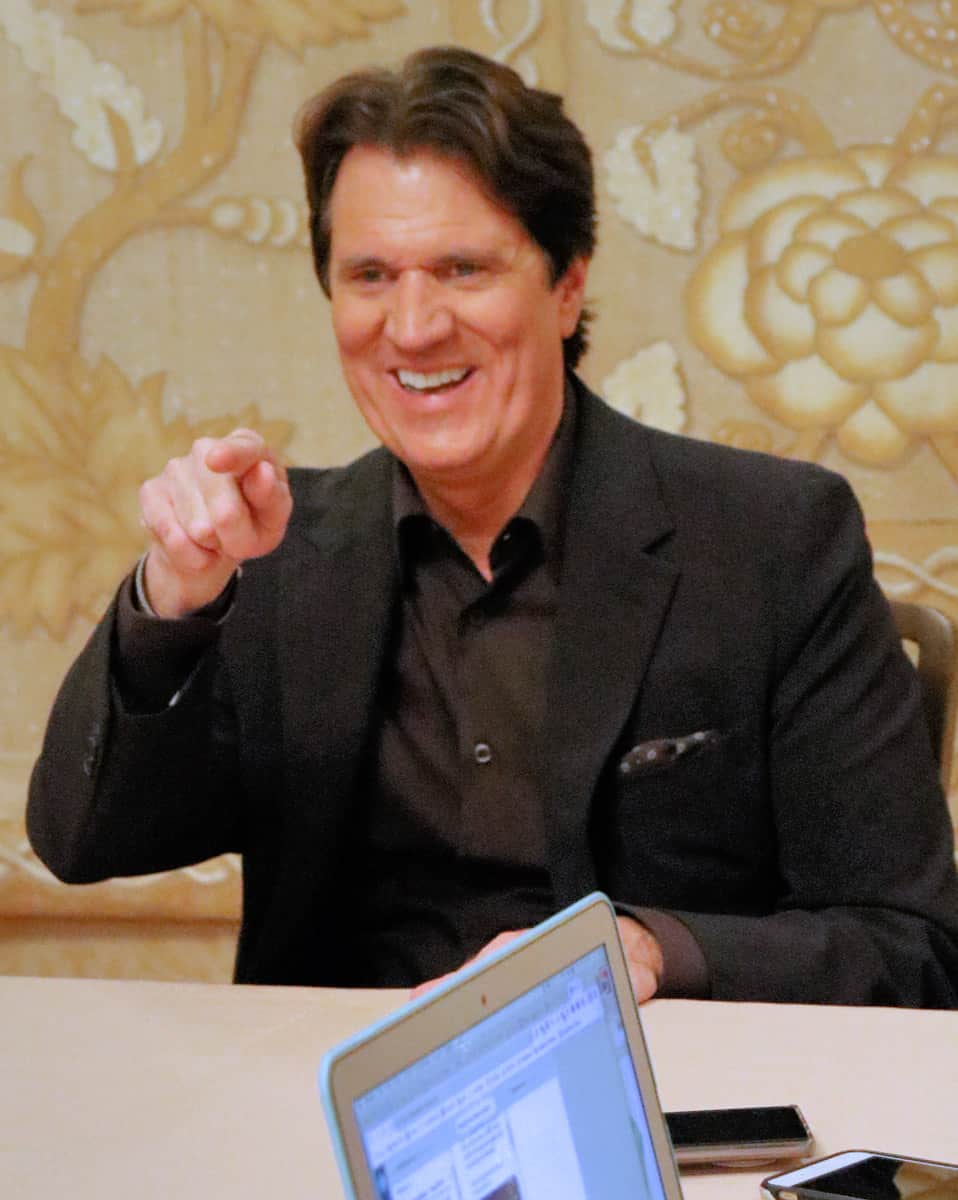 You had mentioned that you had found the original foyer table from Mary Poppins. Did you use any other props from the first film?

Rob Marshall: I visited the Disney archives and they didn’t really have the archives in the 1960s. We replicated the toy blocks. And the snow globe — we replicated that as well.

The only real thing is that table in the front hall, which I saw at Club 33 at Disneyland and I said, “That’s in the movie if they let us have it.” And they did.

And of course we replicated the kite. We created our own version of the kite, but those very specific things from the first film that I really wanted to hold onto if I could, and that’s for the people who love the first film. Who know it. It’s those little Easter eggs.

I use myself as a barometer the whole time. What would I want to see? I wouldn’t want to abuse it too much because it’s very easy to overdo it, but I wanted to specifically and strategically place things that meant something to people. 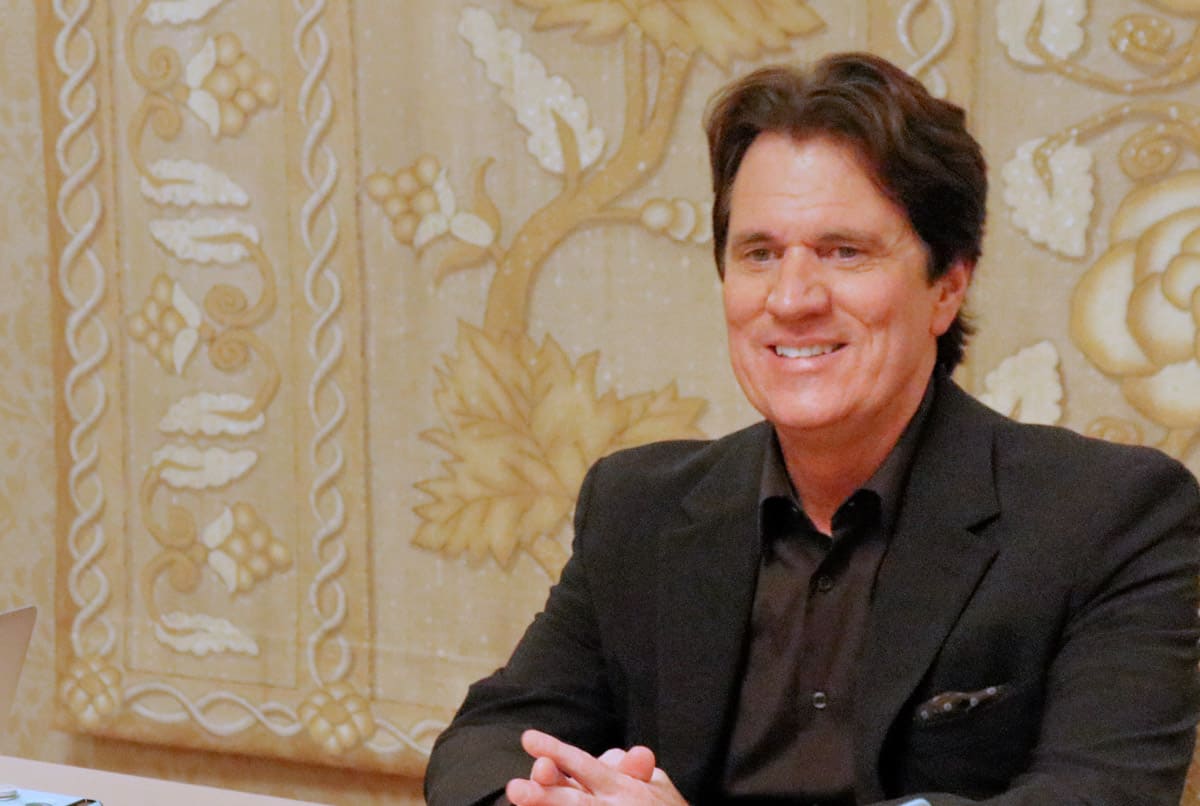 How was it to work with Dick Van Dyke?

Rob Marshall: He’s something else. There’s no one like him. I was so excited and nervous to even call him because he’s a hero for me. There’s the Dick Van Dyke show. Chitty Chitty Bang. Bye Bye Birdie.

When he came onto the set he honest to god grabbed my arm as we were walking on. He said, “I feel the same spirit here on this set that I did in the first film.” And I thought, “Well, okay. Well, that’s everything. That’s all I need to hear.” 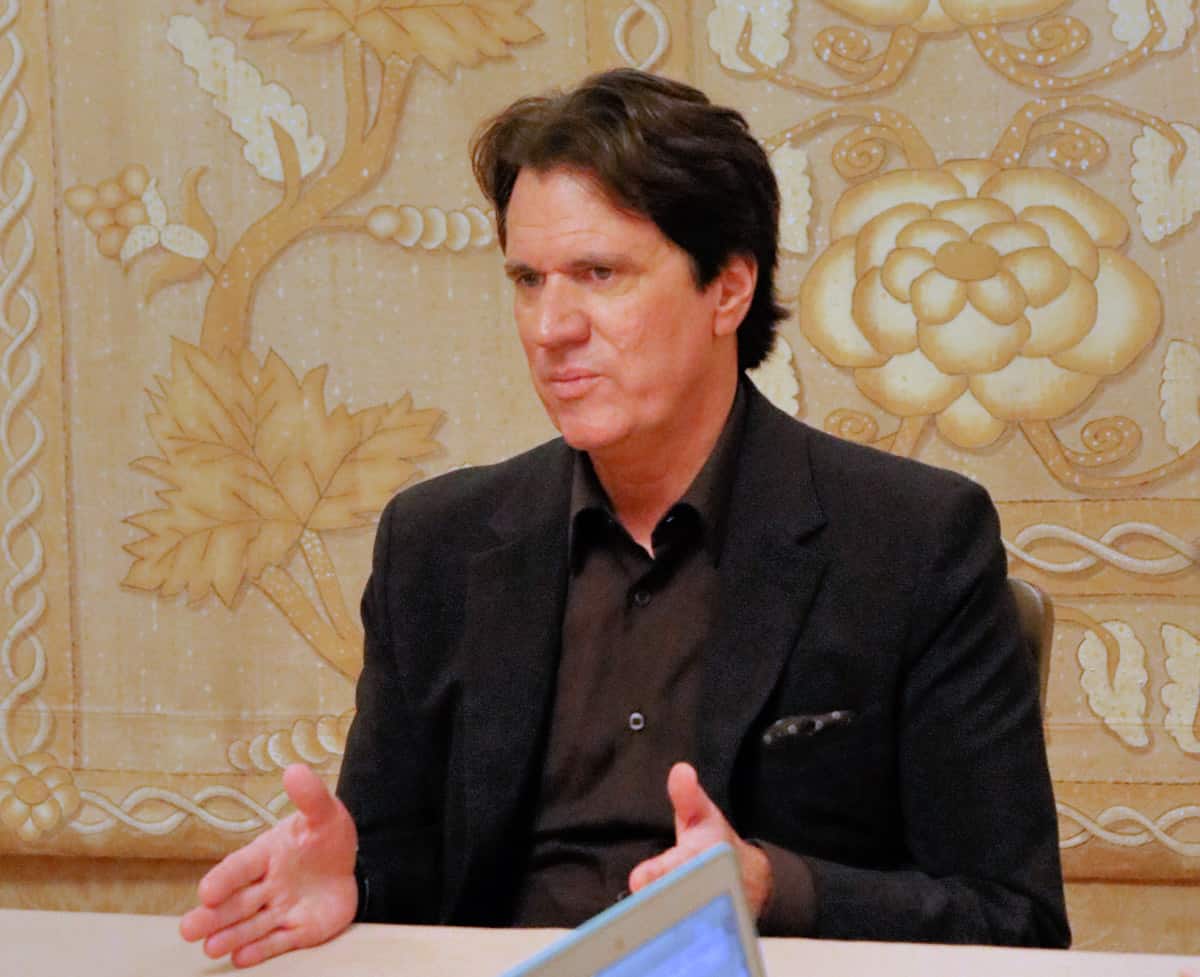 You said you were specific and strategic about using props from Mary Poppins in Mary Poppins Returns, and it feels like that same method was used for the original music and how it was placed in the film.

How much creative control did you give your songwriters?

Rob Marshall: When you do an original musical you do it tall together. It’s all in one piece. It’s a puzzle. I knew that when you hear the strains of Feed the Birds or Supercalifragilisticexpialidocious or A Spoonful of Sugar, they mean so much to us. And you can abuse that.

So I strategically placed that exactly like the props. In fact the majority of the music happens literally in the last fifteen minutes, because I feel like we’ve earned it by that time.

You know what she looks like in the balloon and you hear A Spoonful of Sugar. Or They’re up in the air and you hear a little of Let’s Go Fly a Kite. 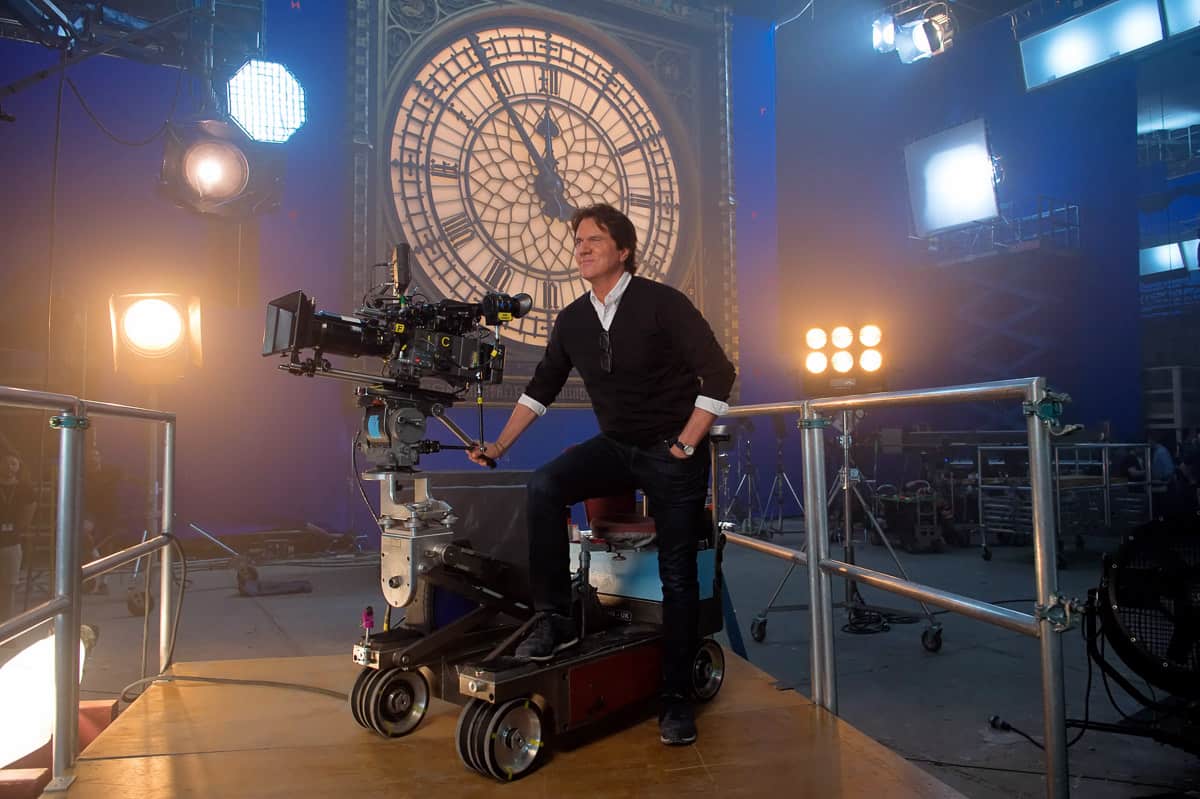 I think we’re coming full circle. Michael is now a child and we tried to make it something that was emotional.

I will say that when Dick Van Dyke does his monologue where he tells the story about Michael as a little boy and the tuppence; you hear Feed the Birds.

I couldn’t believe my life had come full circle. From a four year old boy having seen the film with Dick Van Dyke, to him being there, hearing Feed the birds. Watching him say that. He’s in our film 54 years later as a 91 year old man. That’s just magic to me. It was total magic. I’m still not over it. 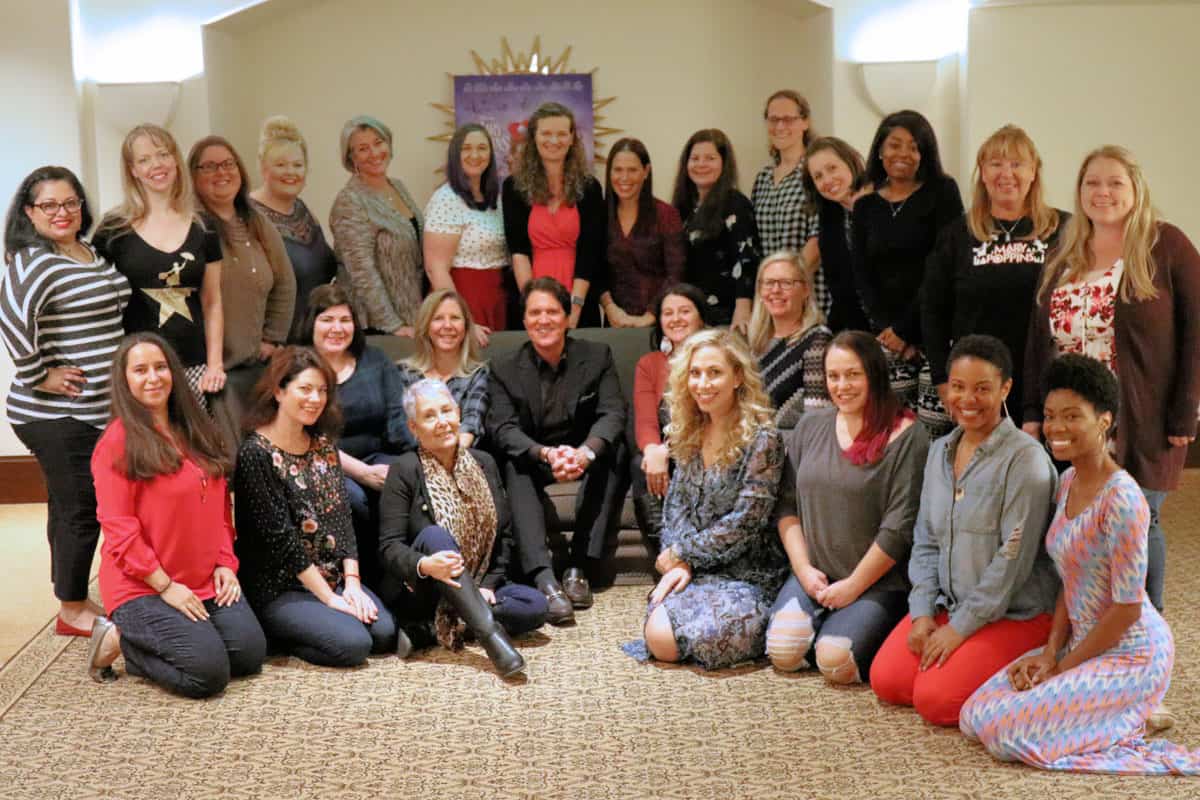