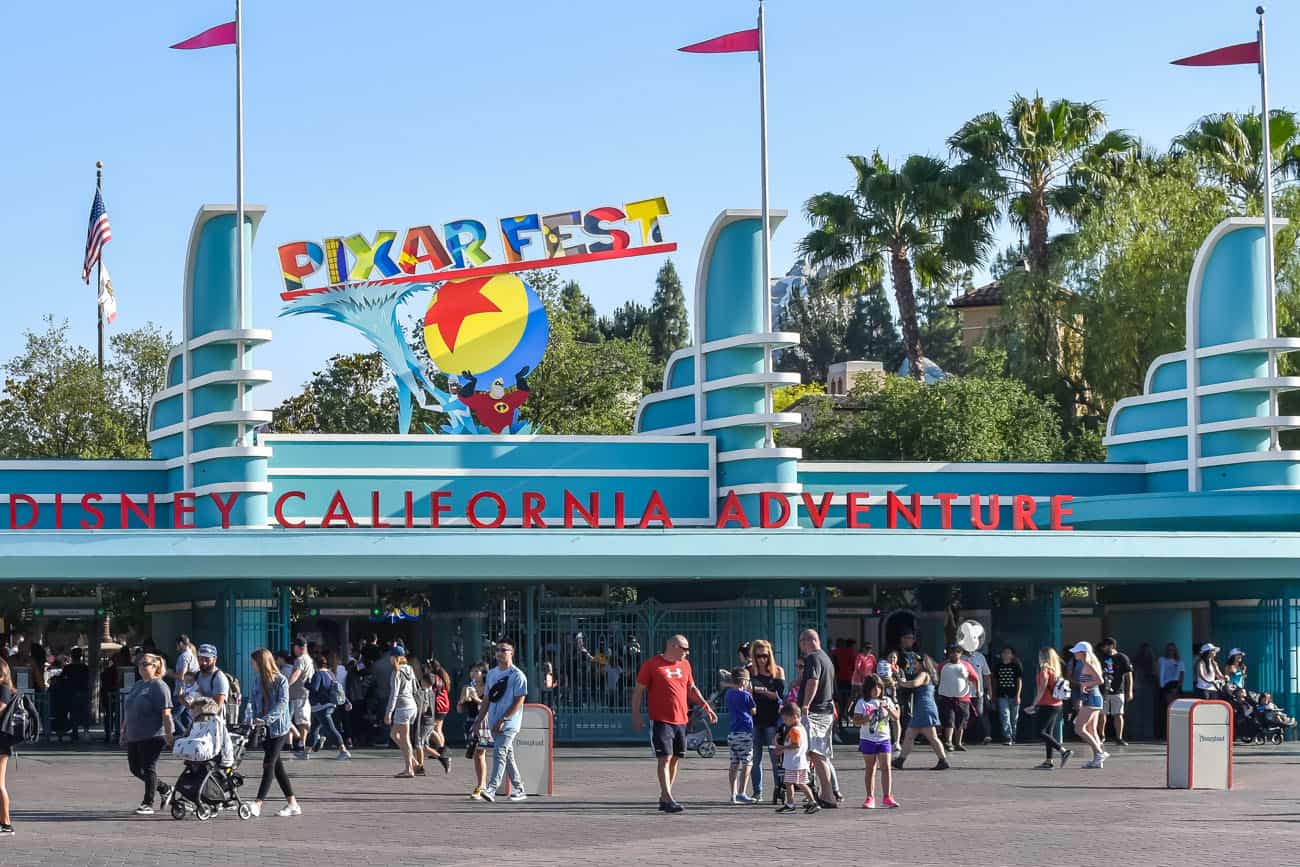 When I received the invitation to head to the Incredibles 2 press junket I was thrilled to see I'd also be spending some time at Disneyland for Pixar Fest – the limited time celebration for all things Pixar!

This first-ever Pixar Fest presents some of the beloved characters and stories from Pixar Animation Studios in new and exciting ways at Disneyland Park, Disney California Adventure Park and throughout the resort.

Films such as Pixar’s “The Incredibles,” “Toy Story,” “Coco,” “Monsters, Inc.” and “Up” come to life in a new nighttime spectacular, the return of two favorite parades with fresh Pixar surprises, new décor, musical entertainment, creatively themed food and beverage and event merchandise.

My favorite things about Pixarfest

I think one of the best things about Disneyland is that they continue to find ways to make visiting the parks a new experience – even if you've been there many times in the past!

Pay attention and you'll see that Disneyland is always working to give visitors something new. It could be an entire new permanent section to the park (like Cars Land), or installing new eye-catching attractions (I love the Red Car Trolleys!), or it could be a limited-time event, like last year's Summer of Heroes.

This visit's main attraction was Pixar Fest, and I have to say, it was SO. MUCH. FUN! There's so much to see, do and eat, I put together a list of my favorite things about Pixarfest at Disneyland!

The foods of Pixar Fest include some can't-miss creations that you won't find anywhere else! I got to look at almost all of the festive creations and I got to try a few of them. Best of all, I took pictures to share with you! 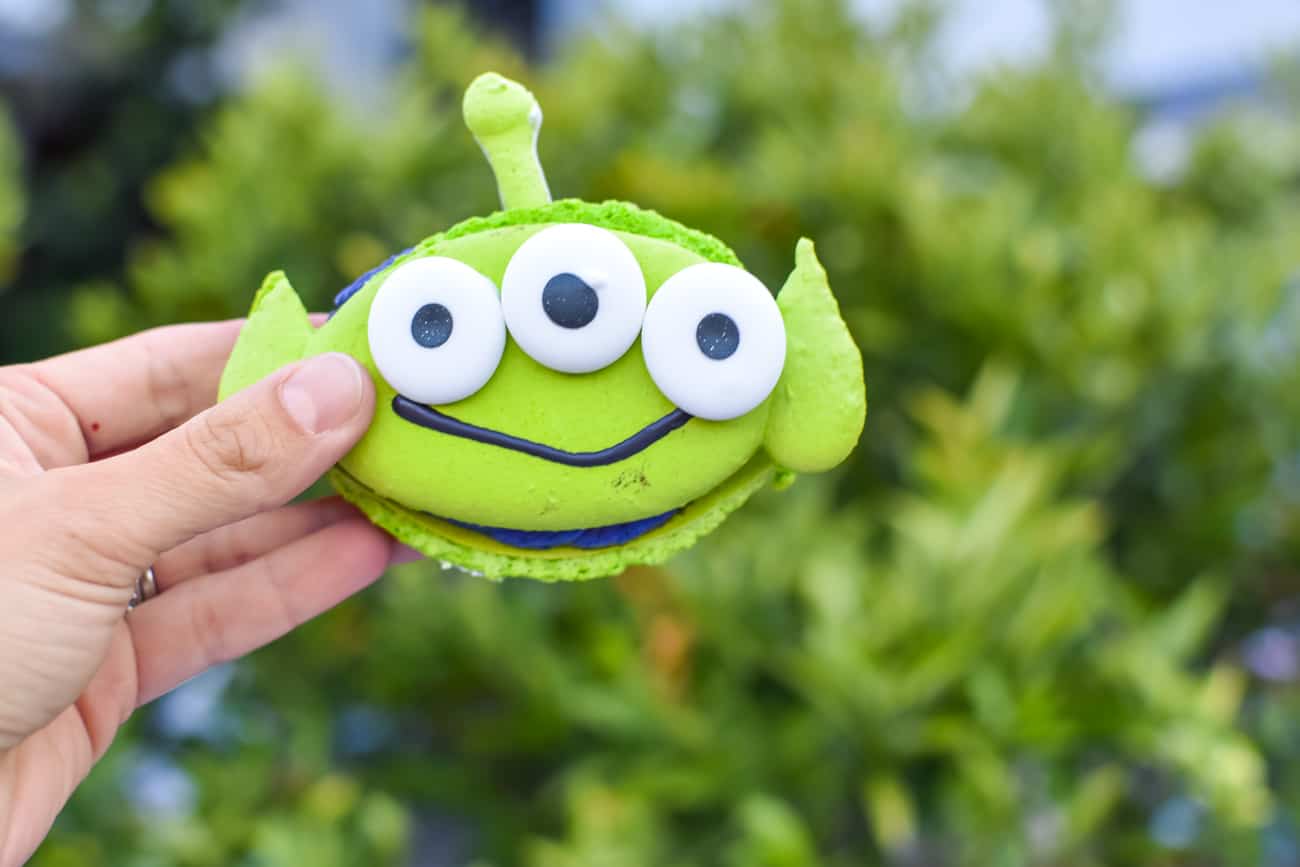 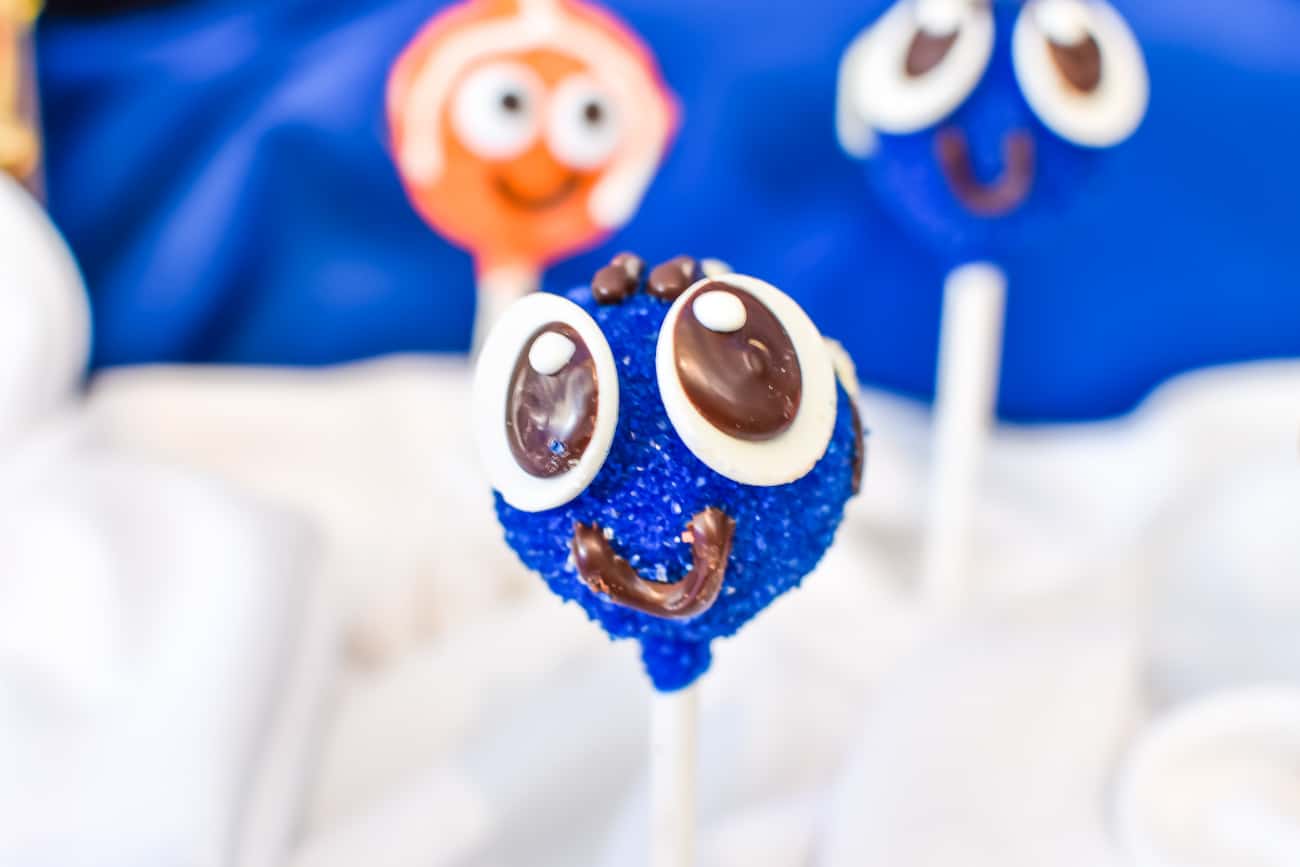 How much do you love these Dory and Nemo cake pops for Pixarfest? 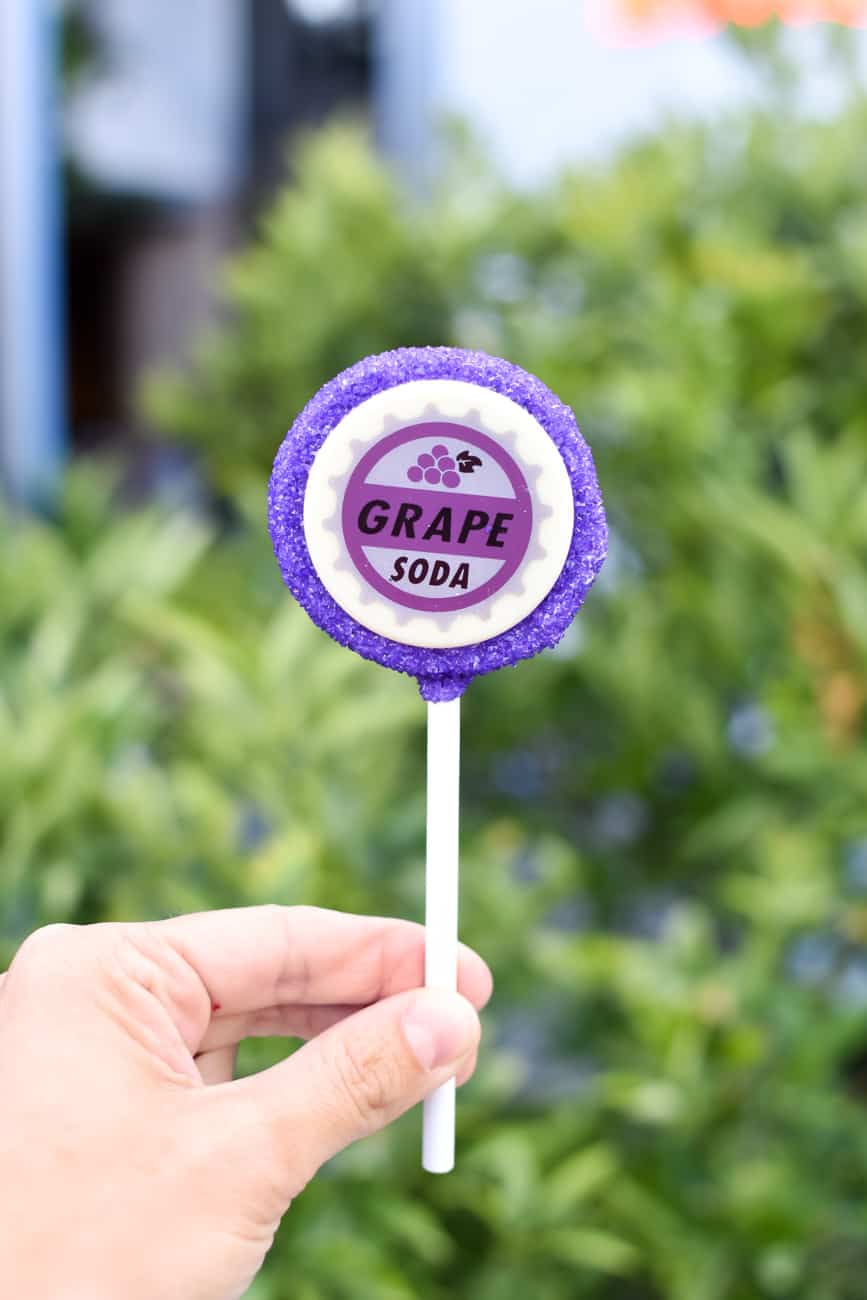 Even just seeing this Up themed Grape Soda cake pop makes me happy-sad! 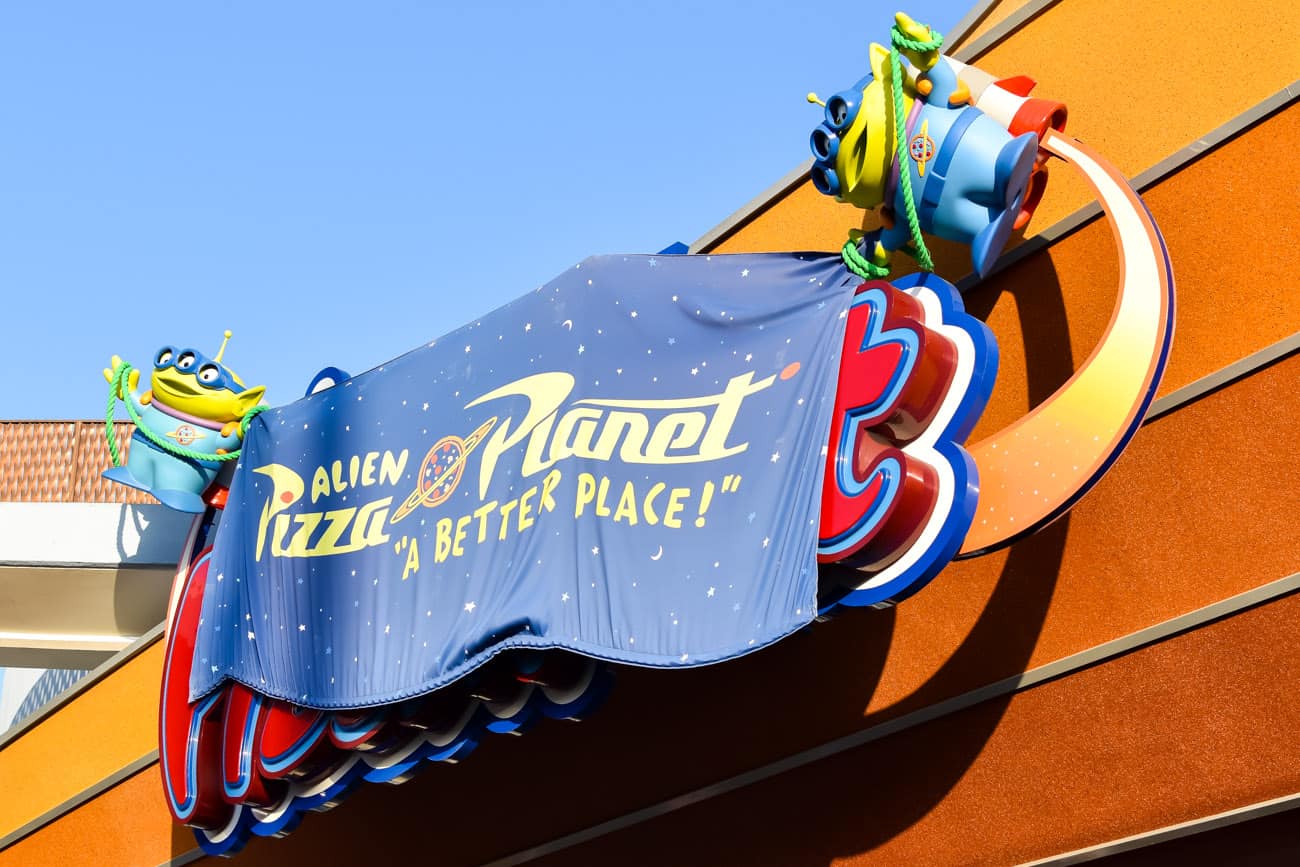 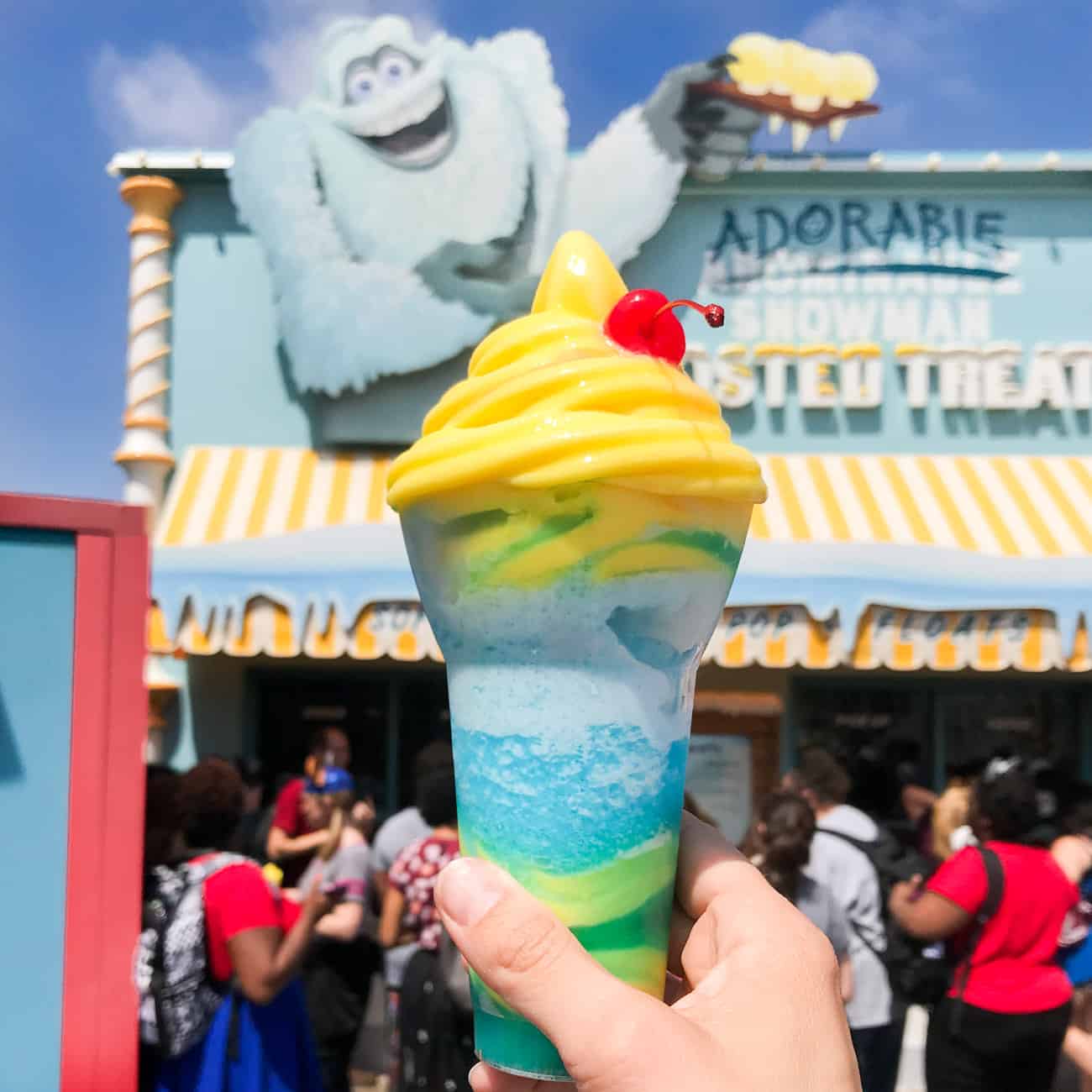 The Pixar Play Parade is the late afternoon parade that's new to Disneyland for Pixarfest! All your favorite Pixar characters make appearances, and there are dancers, singers, bubbles and water play to add to the fun! 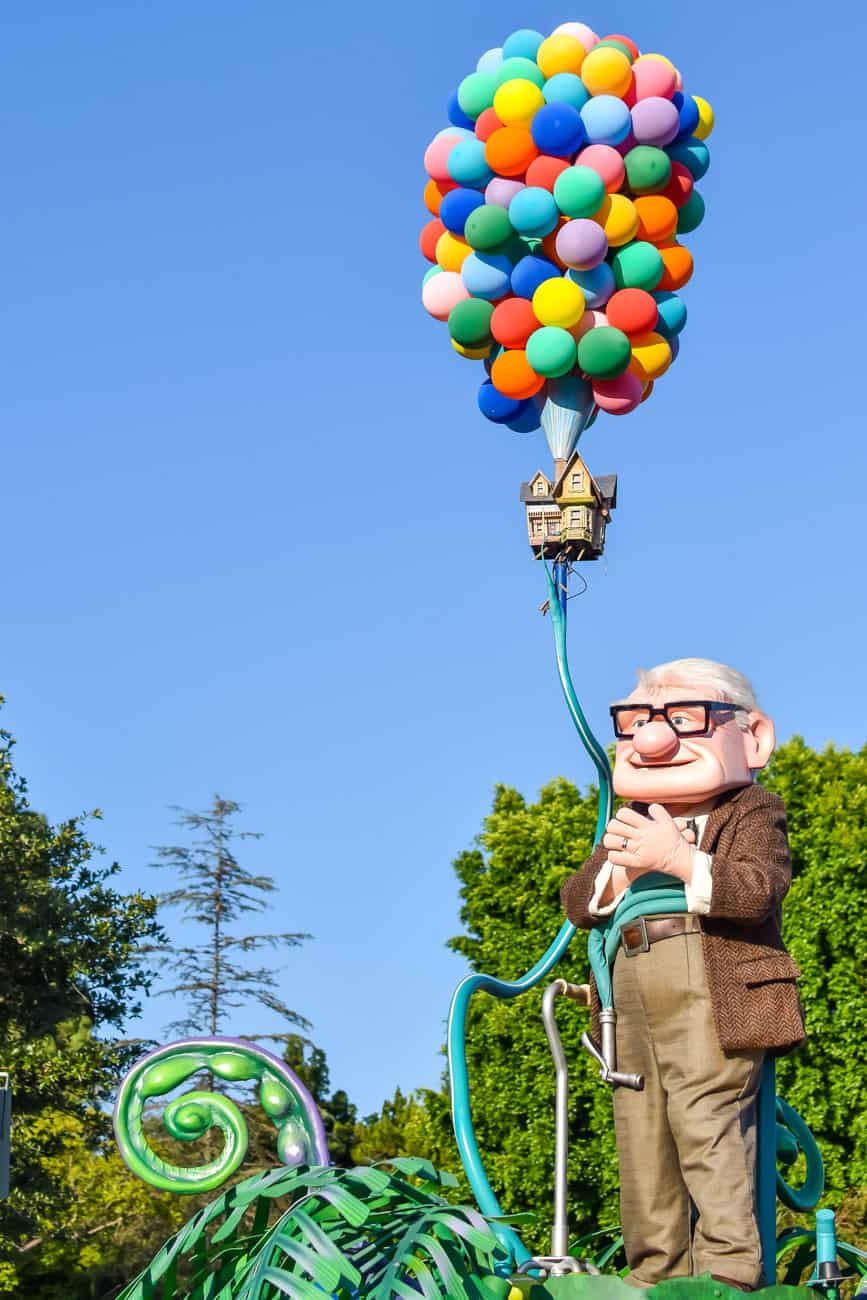 Up is my favorite Disney･Pixar film, and this parade float with Carl and the house in the background warms my heart! 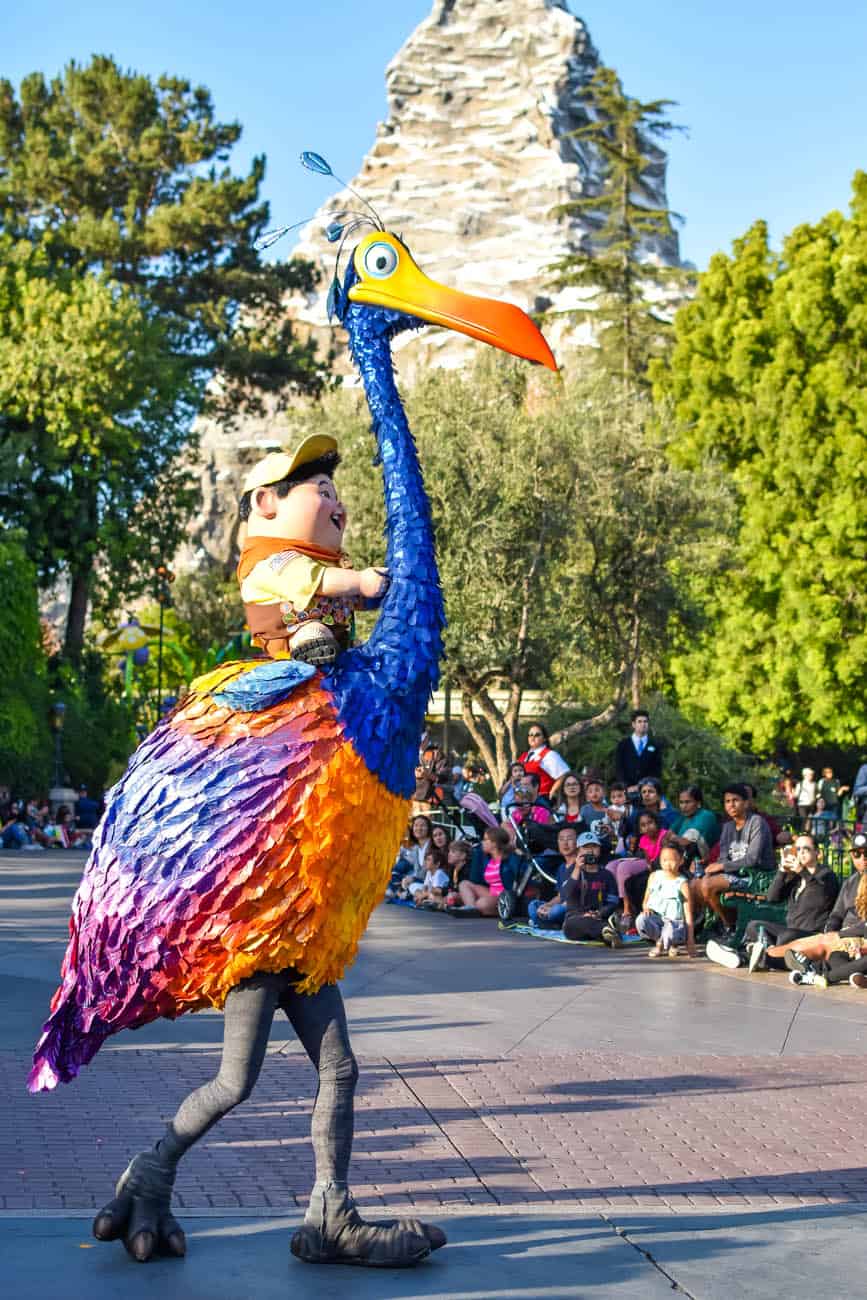 It's Russell riding Kevin – two hilarious characters from Up! 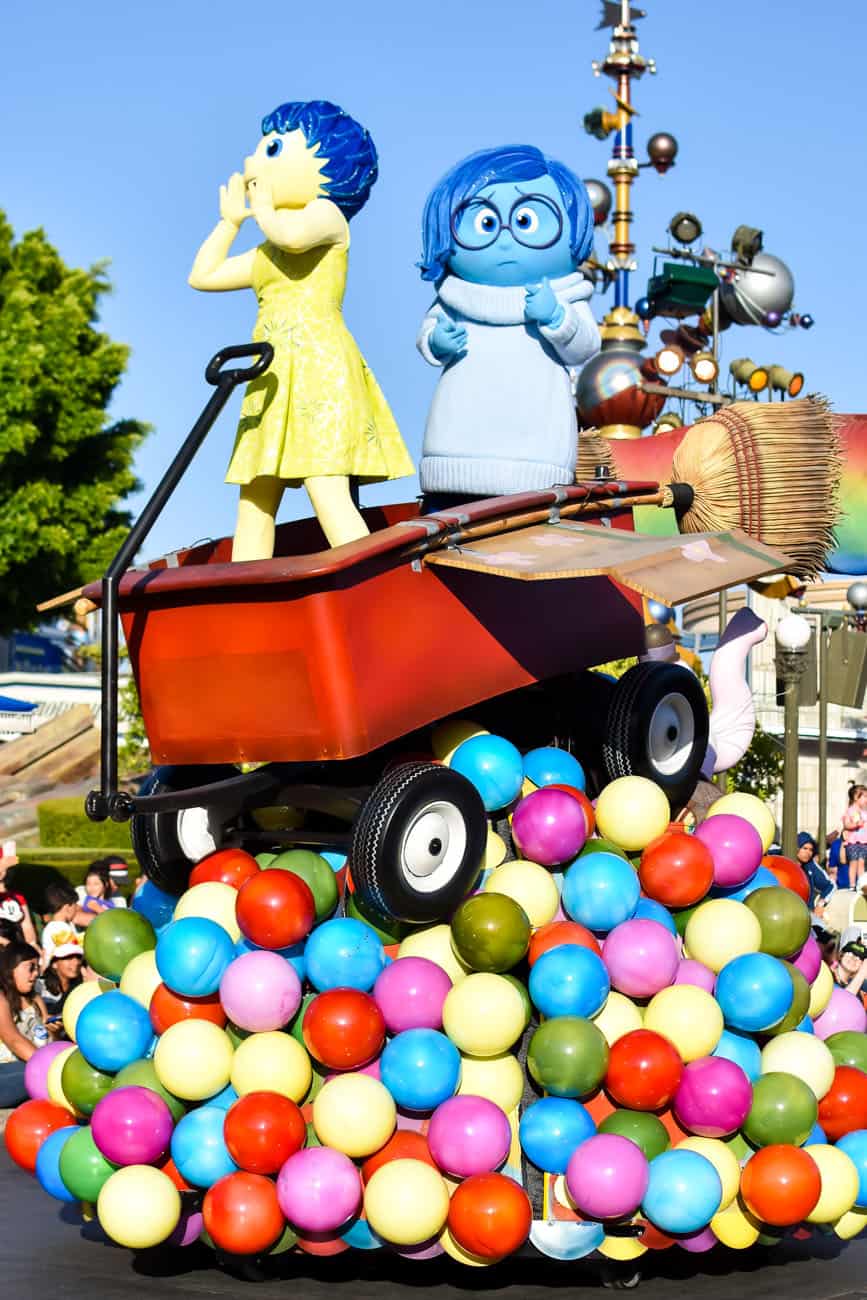 Joy and Sadness from Inside Out ride the float and Bing Bong brings up the rear. 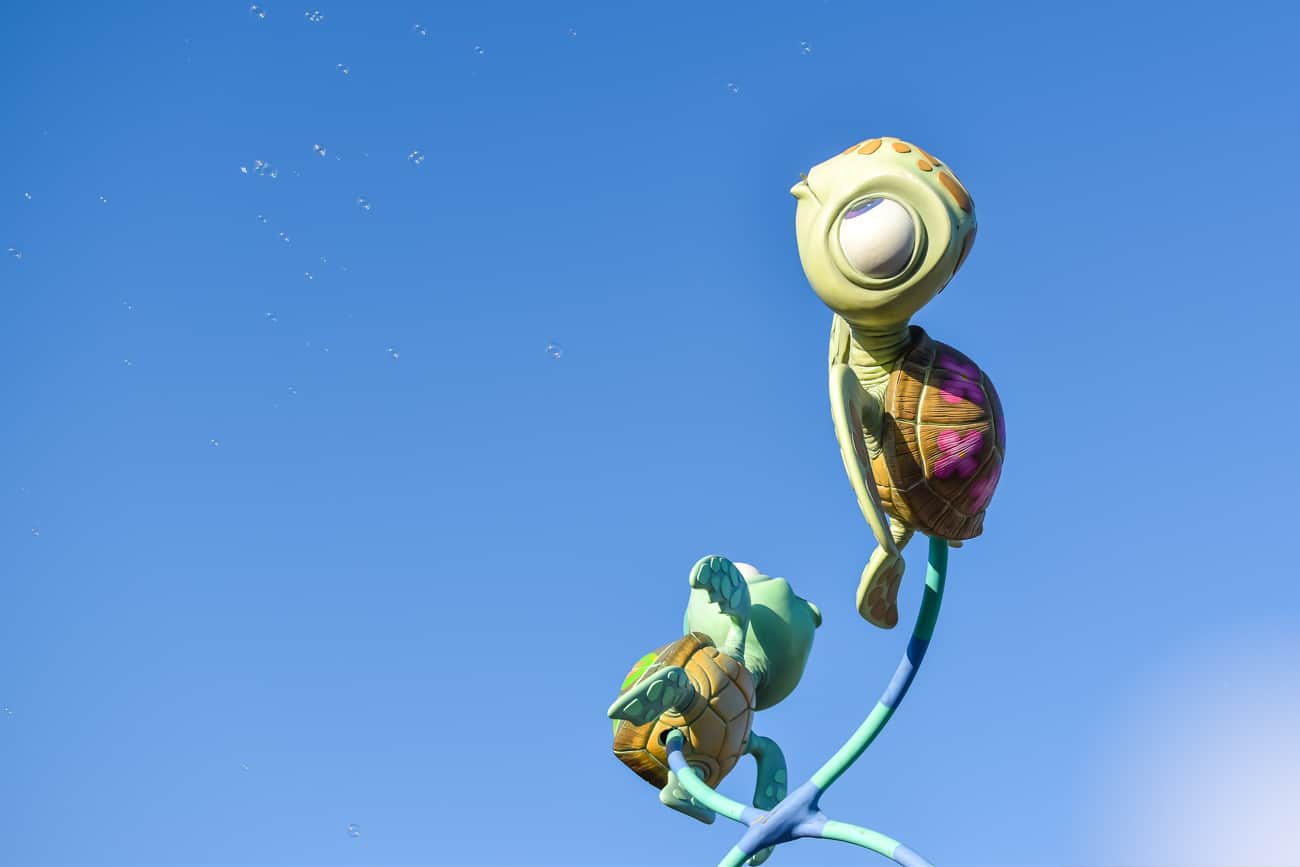 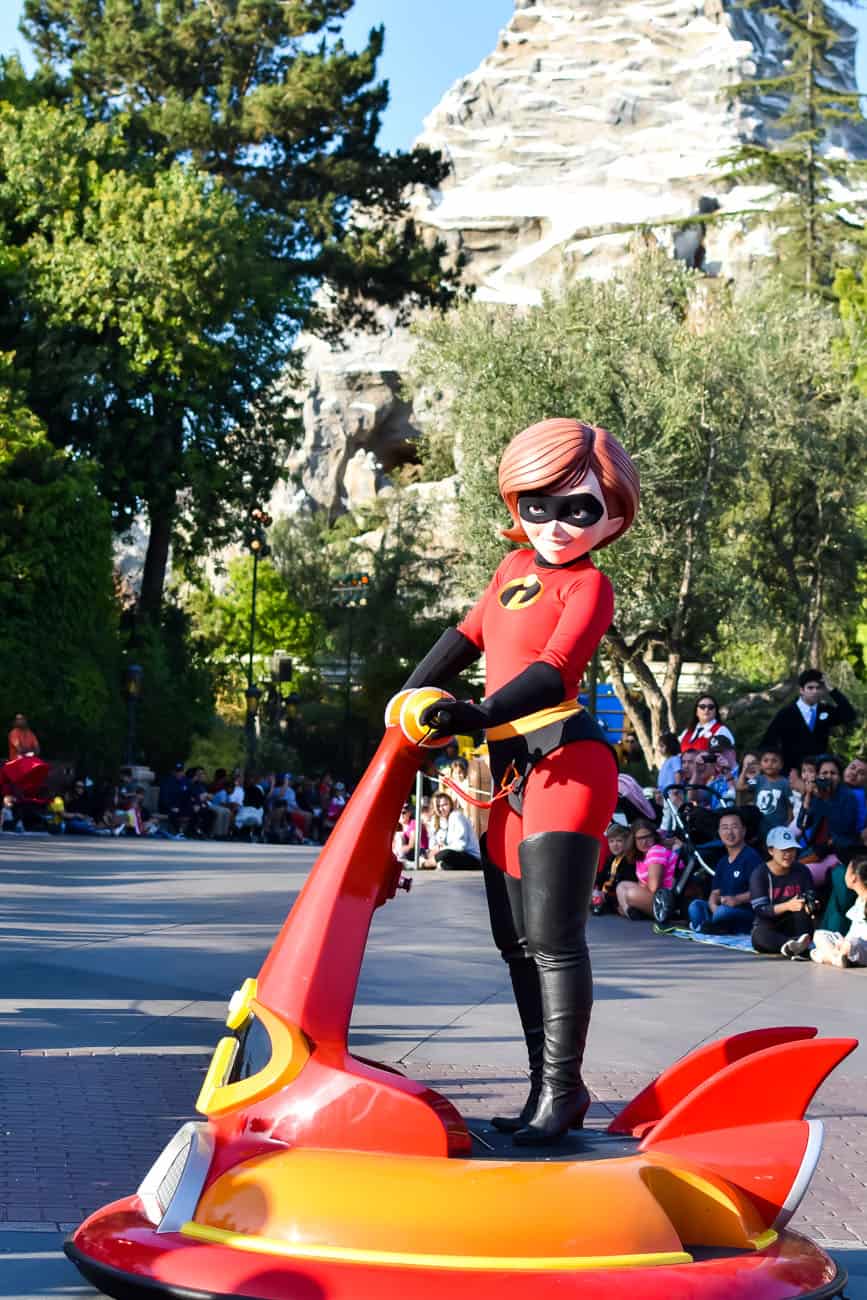 Mrs. Incredible is the hero of the summer, and she's fantastic in the Pixarfest parade!

It's no secret that I love Cars Land. It's the most magical place in all of Disneyland! I love that Pixarfest was brought into Cars Land even though the area is already it's own festival of three amazing Pixar movies! 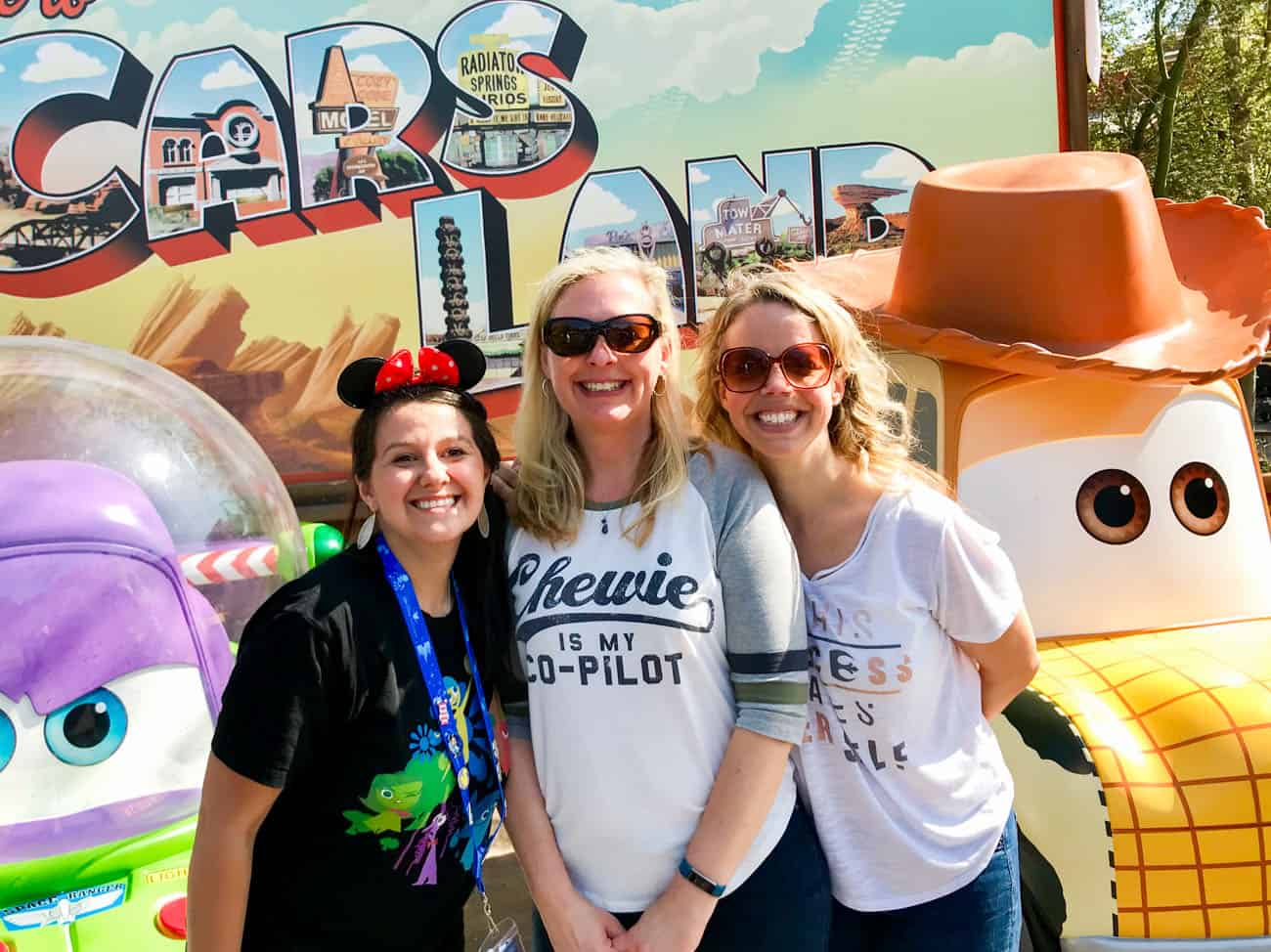 You're greeted with Woody and Buzz Lightyear cars as you enter Cars Land. 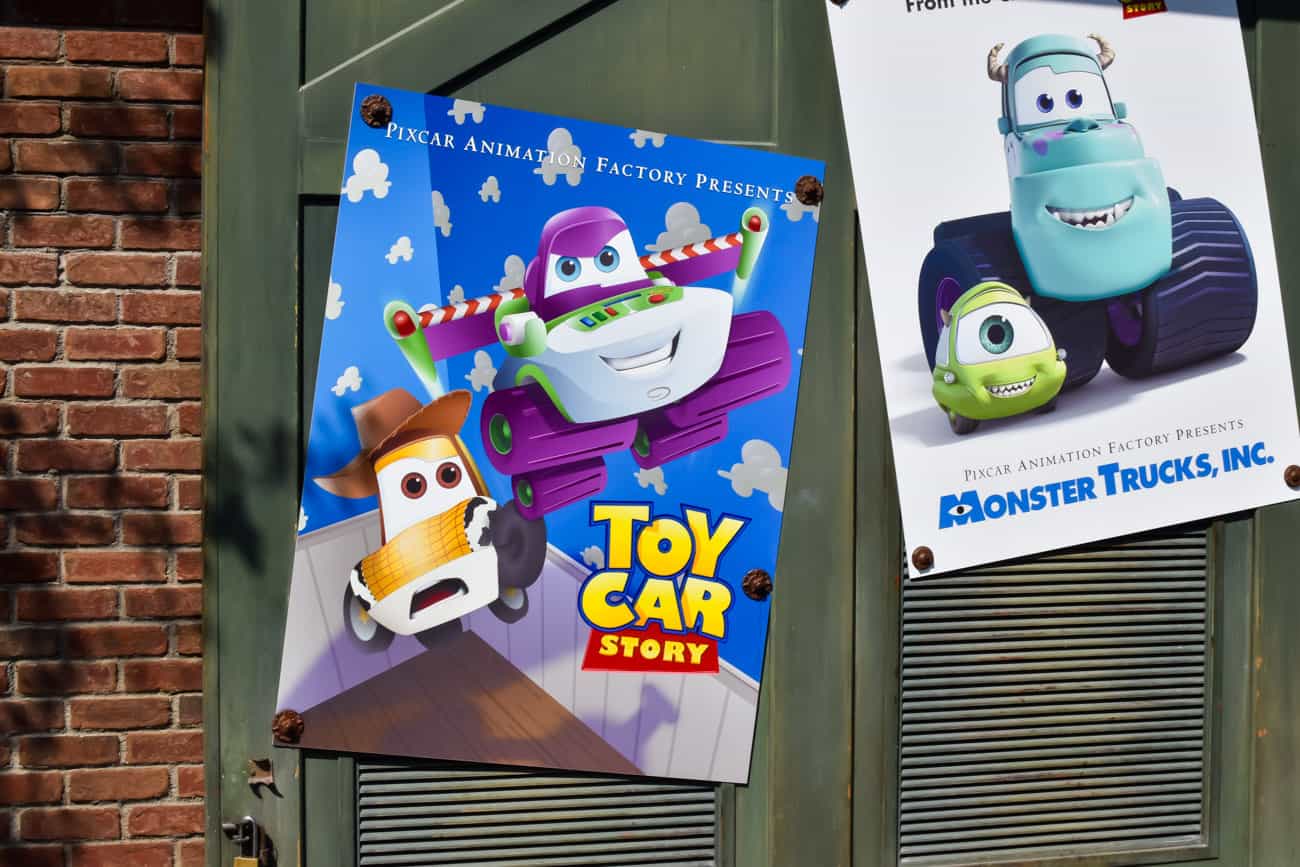 There's this fun section with several Disney･Pixar movie posters remade with cars as all the characters!

Together Forever: The Pixar Nighttime Spectacular for Pixarfest

Together Forever is the new multimedia night show that celebrates the magic of Pixar while lighting up the night in a way you've never seen before! 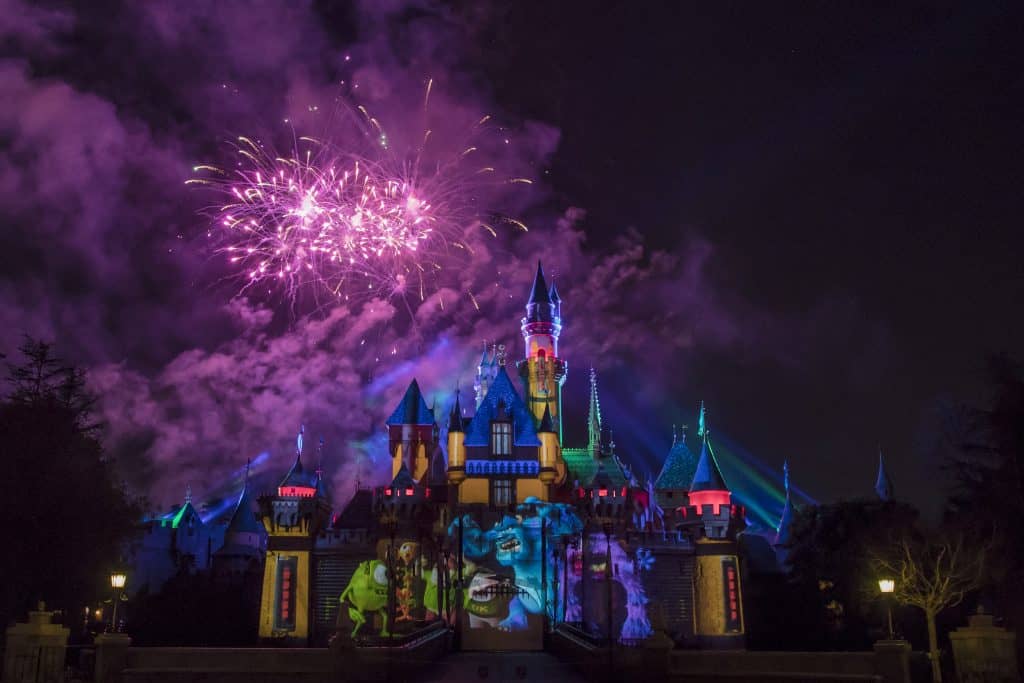 I loved that this show brought dimensions I've never seen in any Disney night show. There are projections on not only the castle, but also on the buildings of Main Street USA and other park attractions. That means it's viewable from various places throughout the park!

The show also includes special effects like actual objects traveling across the sky. Not just as a finale, but as accents to the show!

All in all, Together Forever is far more than a fireworks show, and you shouldn't miss it!

Remember, Pixar Fest is only at Disneyland for a limited time, so go while you can! Visit

I visited Disneyland for Pixarfest as part of the #Incredibles2Event.