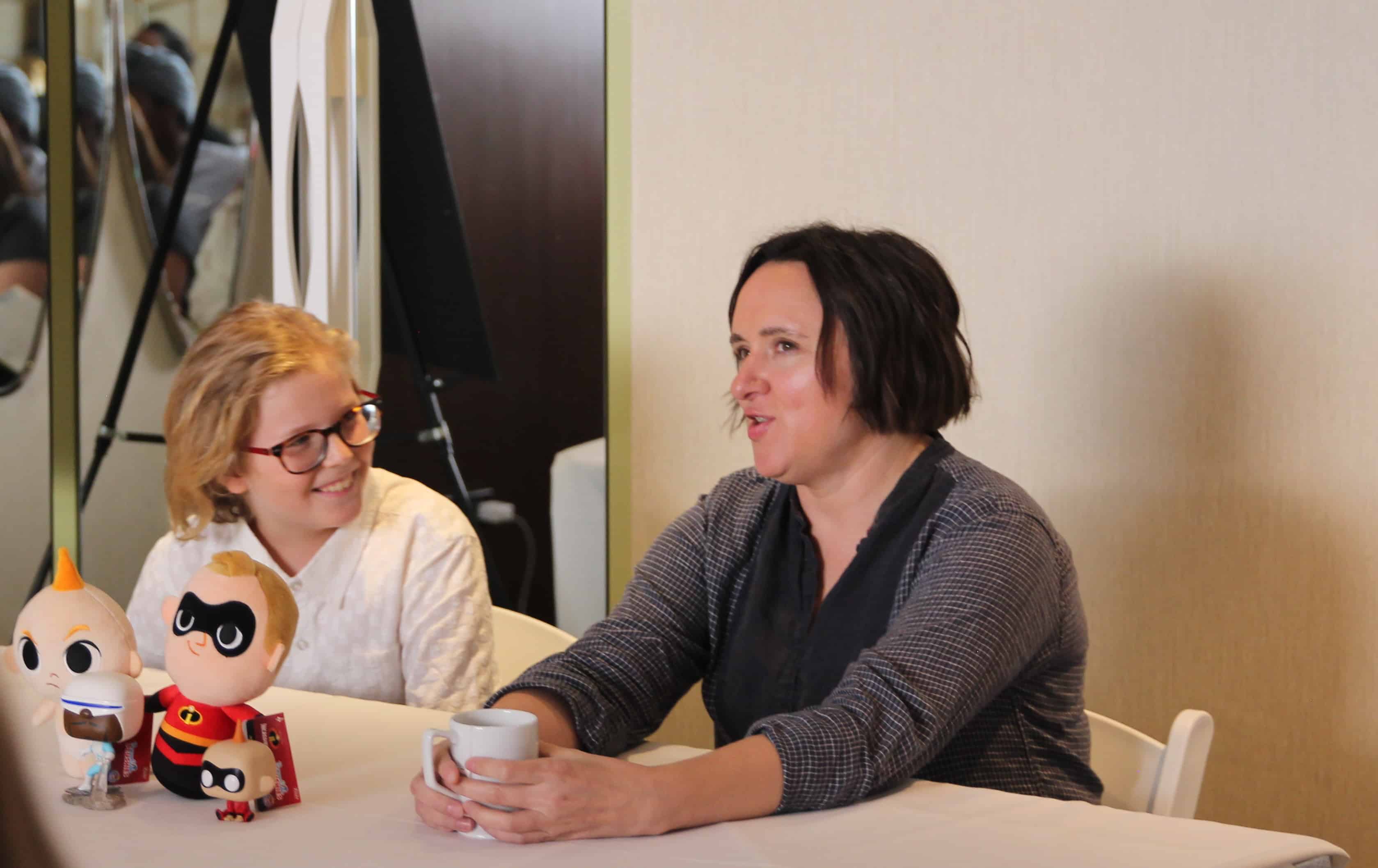 Earlier this month I had an opportunity to sit down for an interview with Sarah Vowell and Huck Milner at the Incredibles 2 press junket.

While Huck Milner is new to the Parr family, Sarah Vowell originated the voice of Violet 14 years ago in The Incredibles. Her distinct voice is familiar if you’ve heard her read her own essays on the radio show This American Life.

Side note, Vowell is known for her work and knowledge as a historian, but her droll tone of voice works very well for certain types of comedy. I love her live reading of her essay Toccata and Fugue in Me, a Minor that she did a long time ago for This American Life. You should definitely listen to it if you haven’t heard it before. 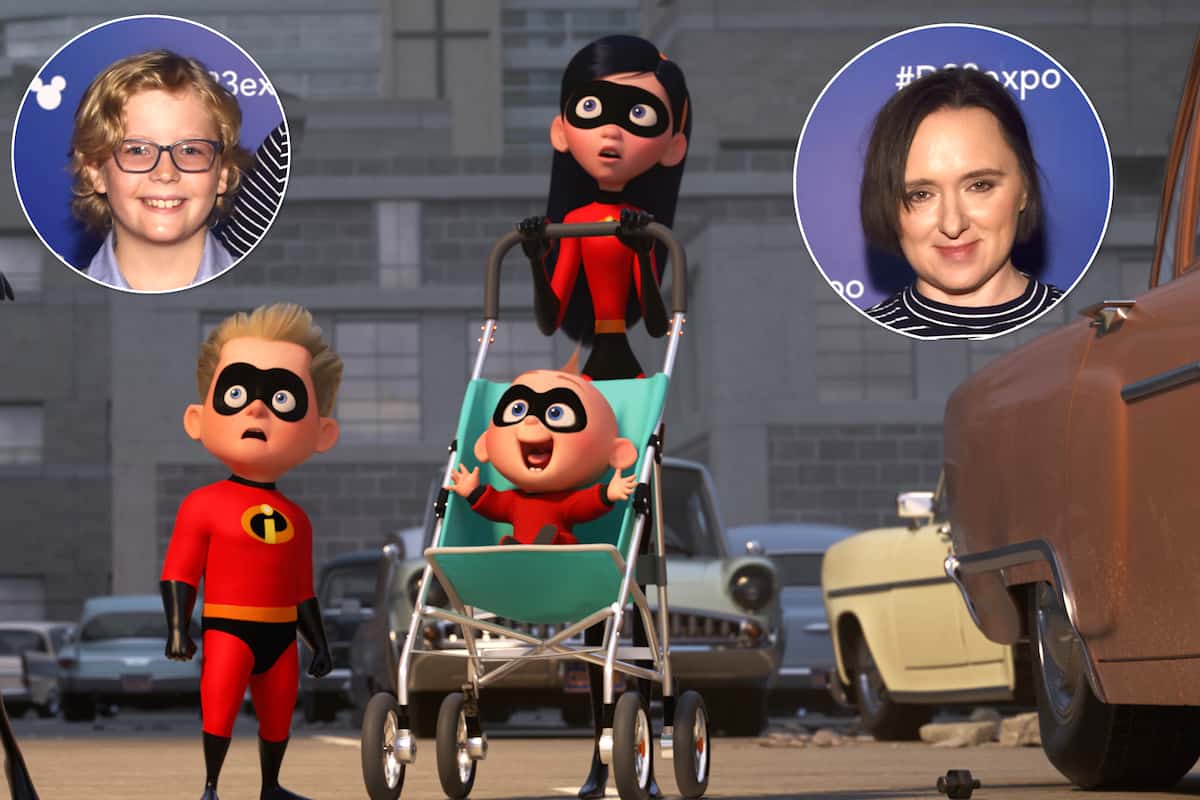 Huck Milner is the voice of Dash Parr and Sarah Vowell voices Violet Parr in Incredibles 2.

What was it like, recording your parts for Incredibles 2?

Huck Milner: It was actually really fun. Brad Bird made everything really fun; it was amazing.

Sarah Vowell: I just trust [Brad Bird] so much, especially after the first film. He always uses the best take and he’s really entertaining. He’s the voice of Edna Mode, and he’s an exceptional voice actor himself, so he does all the other parts while we’re recording.

Brad does such a good Holly Hunter impression. If he’s doing Elastigirl’s part I always laugh first because his impressions are just so dead on. It’s always really fun to do the things that come naturally. For me, that’s Violet’s sarcasm.

He’s very useful when it comes to the more emotional scenes. I was brought up to hide that stuff when you’re around other people. There’s a scene where Violet has to cry, and Brad was very delicate and really respectful with me.

I trust him. He really does believe in me – he had to because I had never acted before the first film. As you get older, the number of people who believe in you and know what to do with you is a pretty small number. Brad has definitely been that for me. Our relationship has been a third of my life now, and I just like being in that room with him. 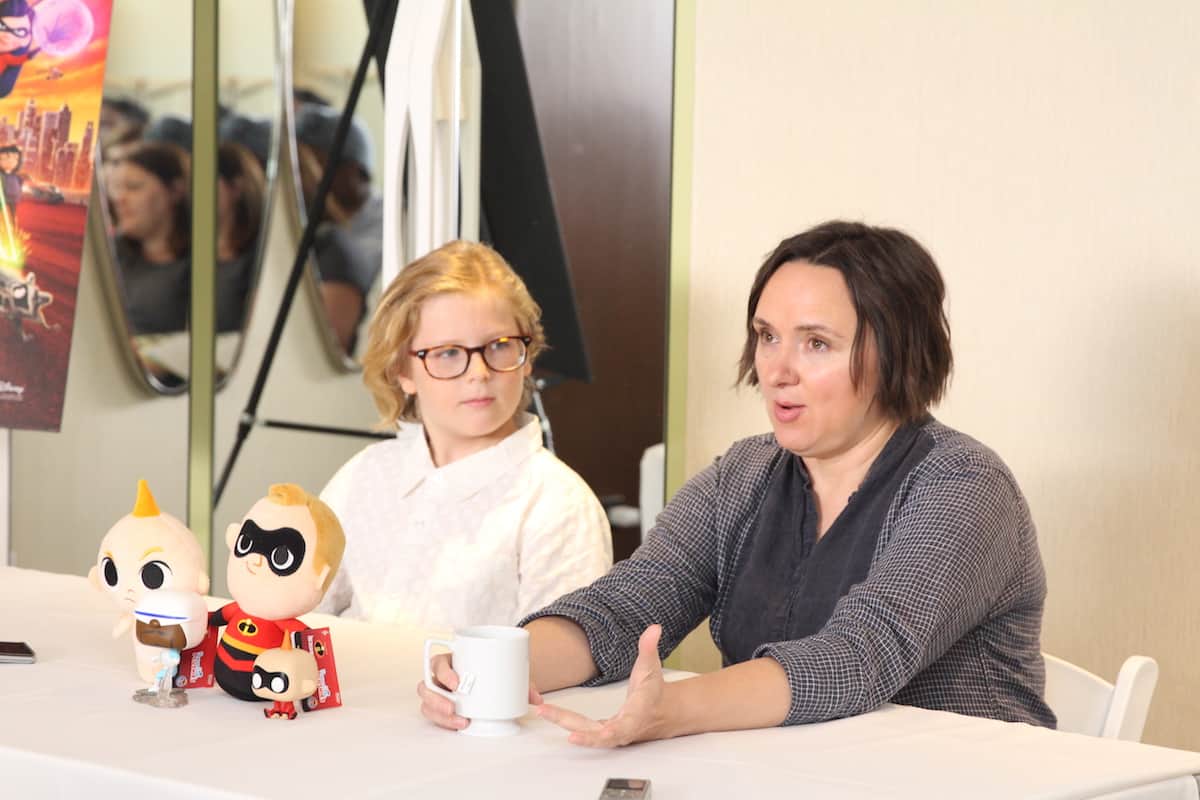 How did you end up in the first movie after working on This American Life and all your work in public radio?

Sarah Vowell: When they were casting The Incredibles, Brad was in his car and he heard one of my public radio documentaries. [laughs] He was so taken with the gravitas and maturity of my voice that he heard a junior high school student who becomes a superhero in that.

What was it like stepping back into the role of Violet?

Sarah Vowell: Brad and I became friends in the first film, along with some others who worked on The Incredibles, and I’ve kept in touch with everybody. So I was perfectly happy to move into another room and get paid to be there. It had been awhile since the first film, but when you become one of these characters you’re that character until you die. 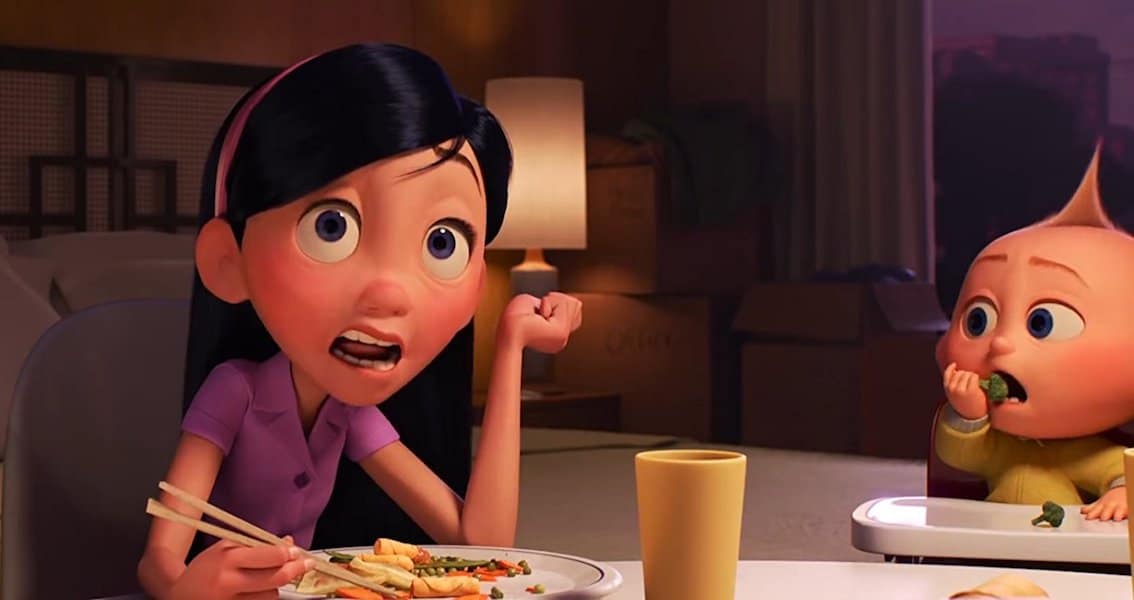 Over the years, not a week has went by where I haven’t met someone who wants to talk about how much they love the film or what Violet means to them. At any given day, someone is watching The Incredibles, so Violet stays alive just because of other peoples’ fandom.

What was your favorite scene where you were most proud of your character?

Sarah Vowell: In the “Incredibles” there’s this moment in the cave and Violet is like “I don’t know if I can do this” and her mother says, “You gotta step up.” So Violet decides she’s going to try. Then she goes out of the cave, stands up and almost does the superhero pose while putting her mask on.

What do you think Violet would do in future films?

Sarah Vowell: I do fantasize about Violet’s future sometimes. Is she going to be a foreign exchange student living with a superhero family? In what country?

Violet is such a part of her family. What happens when she leaves? That is actually the story of every kid growing up. As a superhero I’m glad the film takes place in the same time period to see how those powers represent a certain kind of person.

But for Violet, it would be interesting to see what happens to her when she goes out into the world. It’s kind of funny, like what would her first time grocery shopping as a young adult be like?

They’re subtle, but there are quite a few political messages and undertones in Incredibles 2. How do you feel about that?

Sarah Vowell: I think you’re referring to Elastigirl working outside the home and Bob staying home and taking care of the kids. That’s been the storyline for a while, and I find that compelling politically but also hilarious, because he is just trying to reign in his jealous. 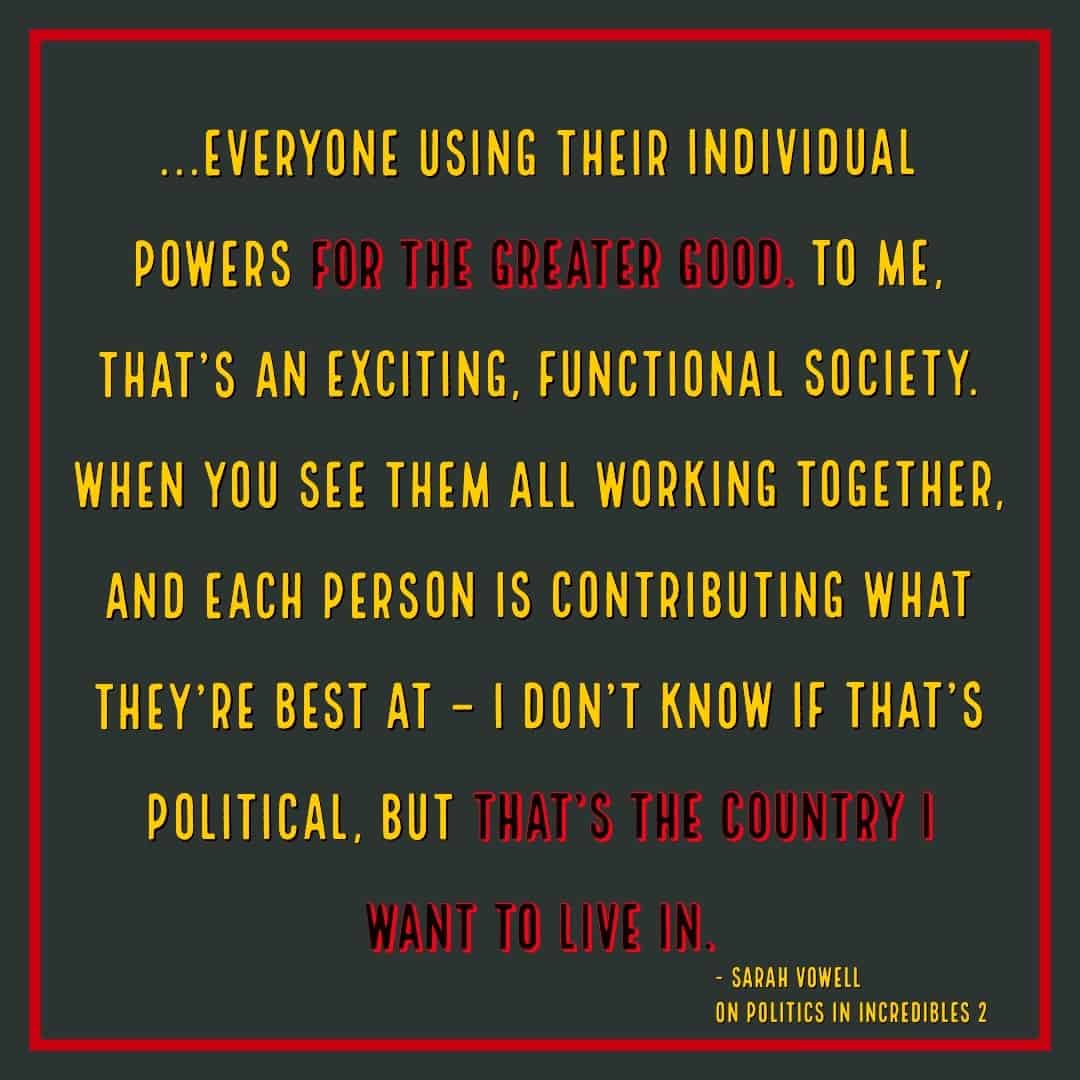 The goal, culturally for us as a society, is maybe everyone gets to become the person they’re supposed to be and they all get to be who they are equally and they all work together. Each using their individual powers for the greater good. To me, that is an exciting, functional society when everyone gets to do that.

When you see them all working together, Frozone and the family, and each person contributing what they’re best at – I don’t know if that’s political, but that’s the country I want to live in. 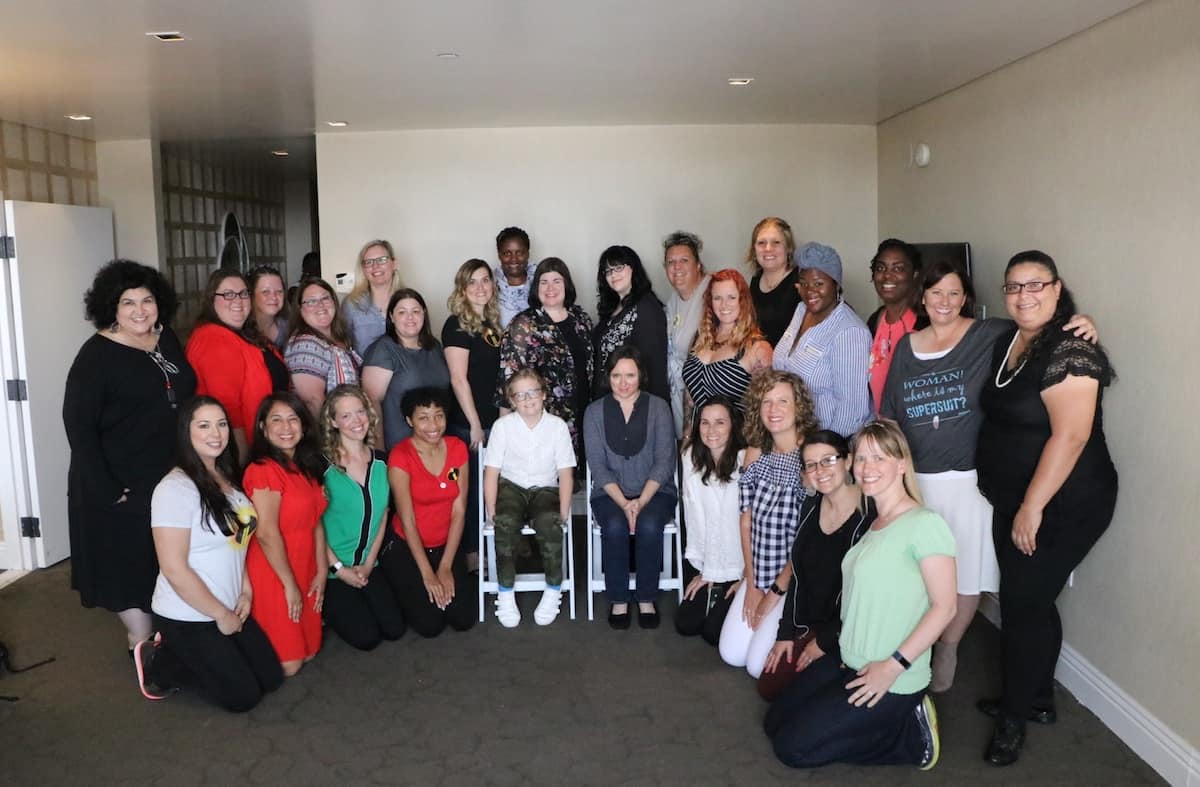 Incredibles 2 is in theaters everywhere now! See movie details and get tickets for your local theater here!