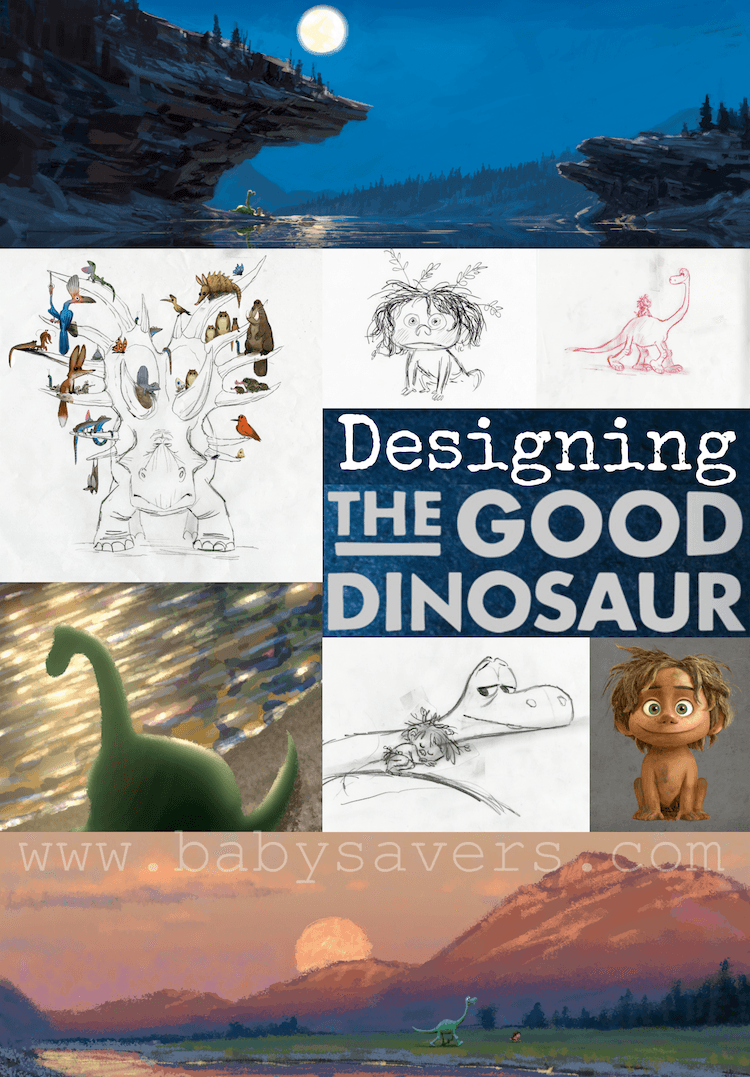 I’ve said it before: one of my favorite parts of all Disney press trips is all the insider information I get to learn. Not just the inconsequential stuff (like the hottest Disney dads!), but the real details about filmmaking that I’d never have access to if it wasn’t for this blog and all of you who are reading this!

The reason I get to have these amazing experiences is because of you, my lovely readers! I recently got to learn all about how The Good Dinosaur was made and I’ve been waiting for weeks to be able to write more about it.

While I was at Pixar Animation Studios I had crash courses in six different areas of Pixar’s moviemaking process:

Today I’m going to cover the first two presentations. Of course, you’ll see the others in a future post.

Designing A Big World: How Pixar Created the Dinosaurs 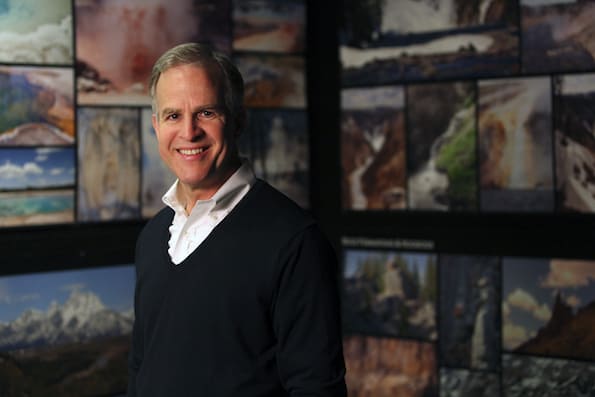 We had the good fortune to sit down with Harley Jessup, the Production Designer for The Good Dinosaur, to learn more about how all the dinosaurs in the movie were created and how they fit into the environment.

I got the distinct impression that size and proportion was a challenge to everyone involved in the making of The Good Dinosaur, but I also got the impression that they loved every minute of figuring it out! 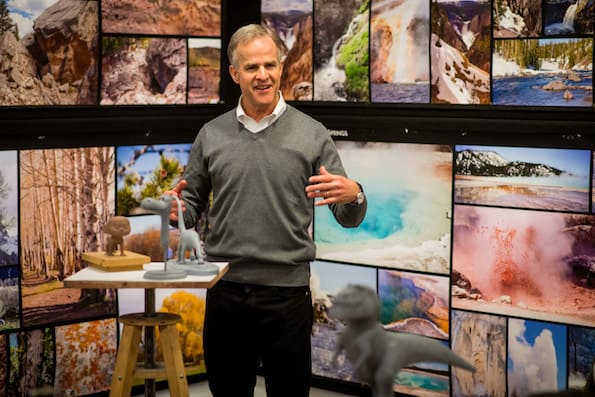 After all, the main character in the movie, Arlo, is 18 feet tall. Everything around him needs to be proportional to that height. 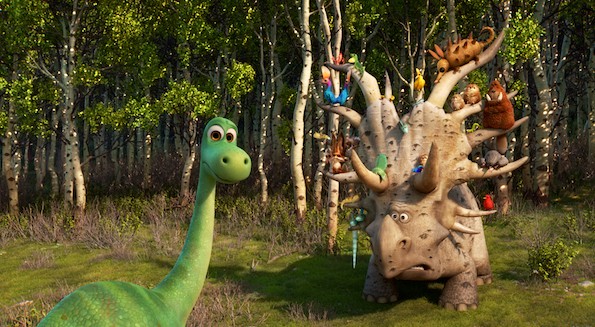 If you think about it, we never see that kind of scale throughout an entire movie! It adds even more logic to choosing a vast setting like the United State’s Pacific Northwest.

Jessup showed us how various drawings were created to get the concepts of each character down. Then, clay sculptures are made to provide a consistent 360-degree view of the characters. 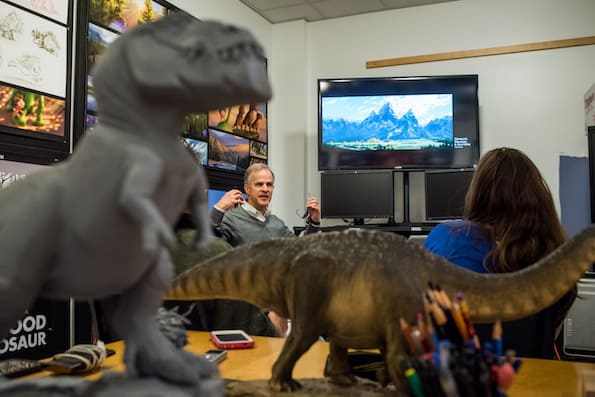 I feel like I have a much better understanding of why clay models are made and how critical they are to a movie with so many people working on it.

It was also amazing to see Harley Jessup’s passion and enthusiasm for his job. He’s an Academy Award-winning designer, and I expected him to be a bit more uptight about his role in the film.

Instead, I don’t think he stopped smiling through his entire presentation. I would have loved to hear so much more about what he does, and I feel like he would have talked to me all day about it if we had both had the time! 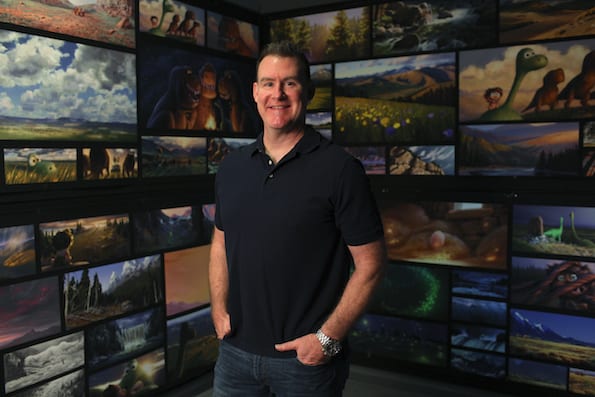 The second session of the day was a fantastic peek into the actual animation process.

Kevin O’Hara and Rob Thompson were the amazingly talented animators who walked us through the process of how they determined Arlo the apatosaurus should walk.

This was especially interesting considering there’s no way to study how dinosaurs really walked during their time on earth. Of course there are assumptions and calculated guesses that have been made, but all of the information out there is subject to interpretation. 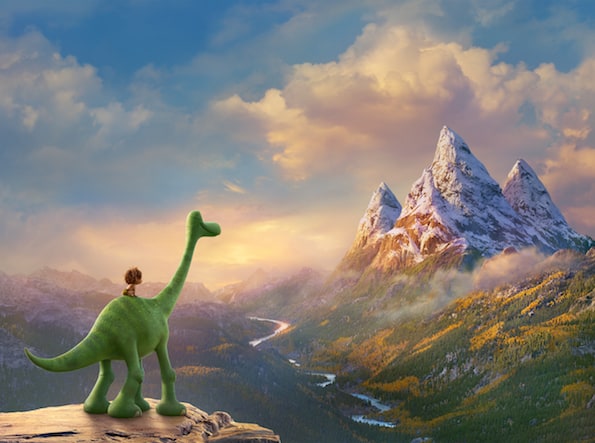 When they began to work on Arlo’s movements, they decided to mimic the motions of an elephant. It was super interesting to see how invested O’Hara and the rest of the animators were about getting all the details right. A few things they did:

The animators visited the local zoo to study the movement of elephants. They made videos of one elephant walking from every imaginable angle and brought it back with them to get to work.

They studied the videos in all sorts of ways, but they essentially isolated how all the body parts moved when she walked. Then they did it again from each angle until they could break down all the moving parts.

I’ve never thought of it before, but elephants are so massive, and each step transfers weight from one area of the body to another. Figuring out how each leg moves and how the weight shifts with that step is a huge process! 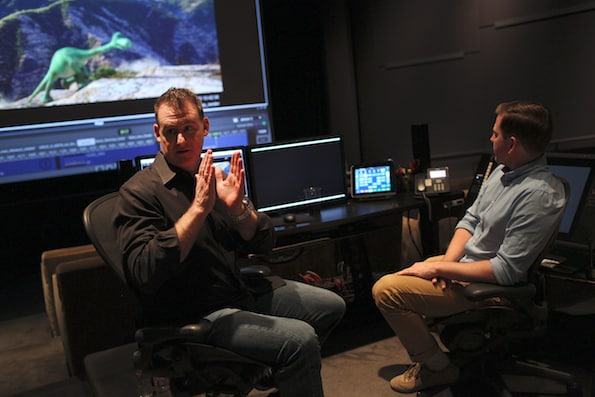 Once they had all the movement data from the elephant, they were able to apply those same moves to Arlo. When you see him in the movie, take a good look at his feet. It’s definitely one area that was inspired by the elephants who gave him motion!

Every time I see the credits for any animated movie I’m astounded by the number of people it takes to put the film out there. After this experience, I’m blown away by how much work individual people do that contributes to the far bigger goal of creating an amazing movie.

I can’t wait to see The Good Dinosaur and see how all these parts play into the whole movie!